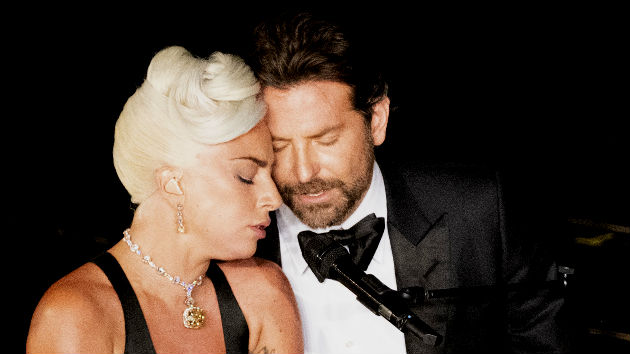 ABC/Ed Herrera(LOS ANGELES) — Lady Gaga and Bradley Cooper’s intimate performance of “Shallow” at the Oscars Sunday night made some people squirm…including some celebrities.

The Spice Girls’ Mel B commented on the performance during Good Morning Britain Monday, saying that all the loving, intense gazes between the two seemed a little too close for comfort.

“I felt so uncomfortable for Bradley’s girlfriend, oh my gosh,” she said, referring to Irina Shayk, who was in the Oscars audience.

Mel B added, “I would like to think it was part of the whole performance, because there’s a women’s code and hopefully…it’s only professional.”

Good Morning Britain host Piers Morgan thought the way Gaga was looking at Bradley "crossed a few lines." At the end of the performance, it almost looked like the co-stars were going to kiss, but they just smiled at each other and hugged as they walked off the stage. Gaga later won the Oscar for Best Original Song.

Bradley and Irina seem to be doing fine, though Gaga recently split with fiancé Christian Carino.

The two seemed to be on good terms after Madonna called out Gaga in December for stealing her “100 people in a room” story. In the past, Madonna has accused Gaga of ripping off her songs.

Jenifer Lewis, Anthony Anderson felt anxious returning to film new episodes of black-ish amid pandemic
Willow Smith admits she and Jaden felt “shunned” by the Black community for being “too different”
Storm Reid says some fans were “uncomfortable” having her play a Black Meg in ‘A Wrinkle in Time’
Larry David marries girlfriend Ashley Underwood in secret ceremony
Kristen Stewart opens up about the “enormous pressure” she felt about publicly coming out
Biden calls Trump’s debate performance a ‘national embarrassment’ as he kicks off train tour