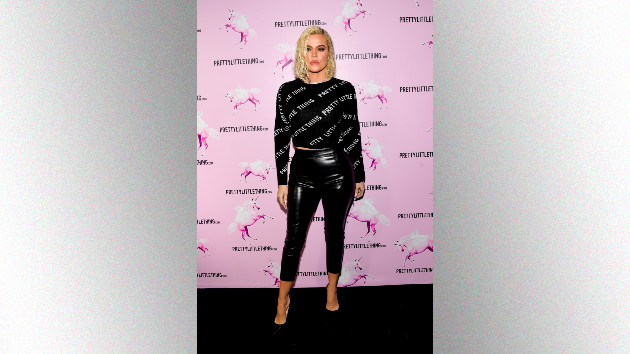 Matt Winkelmeyer/Getty Images(LOS ANGELES) — Khloe Kardashian will not be the new Bachelorette, thankyouverymuch.

The reality star and her family hit back on Twitter Saturday after Bachelor producer Mike Fleiss teased she was in the running for the next season of The Bachelorette.
After Khloe’s boyfriend, Tristan Thompson, was accused of cheating on her with Kylie Jenner’s best friend, Jordyn Woods, Fleiss tweeted that Khloe was “very much in contention” to be the Bachelorette and that he was already in talks with Khloe and her momager, Kris Jenner.
Kim Kardashian West tweeted in response, “Fake f****** news big time!!!!”
Fleiss replied, “How would @KimKardashian know??? This is between me and @KrisJenner — and most importantly @khloekardashian !!!”
Kim responded with a screenshot of a group text between her, Khloe and Kris, where they denied being in talks with The Bachelorette.
But that didn’t stop Fleiss from continuing to tweet Saturday, saying that Khloe wouldn’t be able to tell Kim if she was the Bachelorette due to “strict confidentiality agreements.”

That prompted a response from Khloe herself, threatening legal action.
“I’m not f****** clickbait right now. Stop or you will be hearing from my lawyers. How insensitive!!” she wrote.

Khloe and Tristan share a daughter together, 10-month-old True. Tristan previously cheated on Khloe while she was pregnant. She learned of his infidelity just days before giving birth.