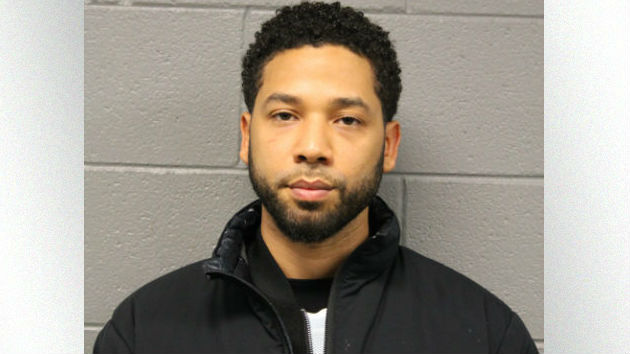 Chicago Police Department(CHICAGO) — ABC News has obtained a copy of a $3,500 check apparently written by Empire actor Jussie Smollett to Abimbola Osundairo, one of the two brothers who police say helped stage an attack on Smollett in Chicago last month.

The check's memo line reads, "5 week Nutrition/Workout program (Don't Go)," which police have corroborated. The check was dated Jan. 23, six days before Smollett claims he was attacked in a hate crime.

Sources close to Smollett told ABC News the actor was starting to train for an upcoming music video titled "Don't Go," in which he had to appear shirtless. ABC News obtained a calendar entry of Smollett's that indicates the video was scheduled to be filmed Feb. 23.

Johnson said the Osundairo brothers told police that Smollett gave them a $3,500 check to carry out the elaborate scheme.

"Let me tell, you, Robin, there’s a lot more evidence that hasn’t been presented yet, and does not support the version he gave," the police chief told GMA. "There’s still a lot of physical evidence, video evidence and testimony that just simply does not support his version of what happened."

ABC News has also obtained copies of apparent text messages between Smollett and one of the Osundairo brothers, whom he calls "Bon," in which the two discuss exercise and meal plans in the days preceding the alleged attack. Police confirmed they have the texts.

As previously reported, Smollett, who has consistently denied any role in staging the supposed crime on Jan. 29, turned himself in to police Thursday morning.

A judge set bond at $100,000 and ordered Smollett to surrender his passport. The actor, who pleaded not guilty, was released after posting 10 percent of his bail. His next court appearance is scheduled for March 14.