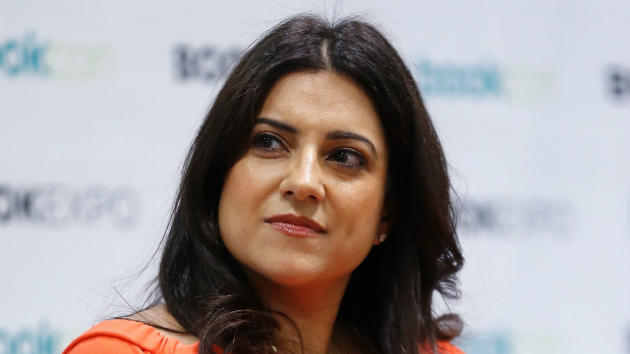 John Lamparski/Getty Images(NEW YORK) — When Reshma Saujani brought her idea for Girls Who Code, an organization she founded to close the gender gap in technology, to a trusted business associate, he told her “this is not going to work.”
“He said, ‘Girls' and boys' brains are different, you know, girls don’t have the same aptitude for computer science; it’s never going to work,’” Saujani told ABC News’ Chief Business, Technology and Economics correspondent Rebecca Jarvis.
He advised her not to start Girls Who Code. Saujani said it’s the worst advice she never took.
“We’ve heard this stuff before [that] biologically there are differences between men and women that make us less technical; we know that it’s untrue,” Saujani said.
Since its inception in 2012, the organization, which offers coding programs for girls between third and 12th grade, has reached more than 90,000 girls across all 50 states. Saujani says the impact has been measurable, with 88 percent of alumni declaring a computer science major or minor because of their experience in Girls Who Code.
That impact could have positive economic consequences for women. According to a Pew Research Center study, STEM workers earn 26 percent more on average than non-STEM workers.
And Girls Who Code isn’t the only organization encouraging women to become involved in science, technology, engineering and math (STEM) careers. In 2011, Kimberly Bryant founded Black Girls Who Code, with the mission of “changing the face of technology” while supermodel Karlie Kloss created Kode With Klossy in 2015.
“Code is just a medium to be able to help girls kind of realize their own potential,” Kloss told Jarvis on an episode of the “No Limits with Rebecca Jarvis” podcast.
Kloss, who grew up with an interest in math and science, started coding at The Flatiron School in New York City and was inspired to give other women the opportunity to learn the skills she found so valuable.
“I thought, 'I have this audience of young women across the country around the world.' … I really care about the message that I'm sending them — both through my words and my actions," she said. "And I thought, 'You know what, I would love to offer them something more meaningful than just a picture backstage at a runway show.'”
Kode With Klossy now offers 50 free coding camps in 25 cities across the country.
“I think Girls Who Code, in many ways, was at the forefront of this conversation about women and technology,” Saujani said.
And while that conversation has helped bridge the gender gap in technology, women still only make up 29 percent of workers in science and engineering yet comprise more than half of college-educated workers, according to the National Science Foundation.
“I still get far too many girls who are from amazing schools, and you know incredible grades, still telling me that they're not getting their foot in the door in some of these [technology] companies," Saujani said. "And then I send those emails to them saying, ‘Why didn’t she get an internship?’ And I’m going to keep doing that. We have to continue to hold people accountable. We can't just assume that once you fill the pipeline we're done.”
Saujani adds, “I do think that coding is, kind of like, the secret American dream: If you know how to code you're going to be good.”