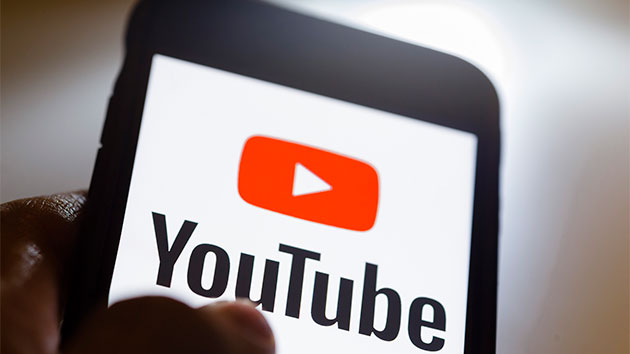 Thomas Trutschel/Photothek via Getty Images(NEW YORK) — YouTube is implementing a new community enforcement policy starting Monday, in its latest attempt to combat the spread of problematic content that includes child pornography, violence and hate speech on the platform.

Under the new policy, the company is getting rid of its "three-strikes system," which carried different consequences for different kinds of accounts. Instead, the company is adopting a consistent policy for all of its users. It will also implement a first warning system, the company wrote in a blog post.

"Previously, not all strikes had the same penalty on your channel. For example, first strikes on videos would trigger a 90-day freeze on live streaming, and second strikes would result in a two-week freeze on new video uploads. We heard from many of you that this was confusing," the company said in the blog post. "Now, based on your feedback, all Community Guidelines strikes will have the same penalty."

After the warning is issued, a repeat violator will get a one-week freeze on uploading new content, which will expire after 90 days. The second strike in 90 days will result in a two-week freeze. After the third strike in any 90-day period YouTube will shut down the channel.

The community enforcement announcement comes on the heels of a wider crackdown on illicit activity on the website.

Last week, YouTube purged 400 channels and tens of millions of comments linked to child pornography and meant to recruit children into pedophilic activity.

“Any content — including comments — that endangers minors is abhorrent and we have clear policies prohibiting this on YouTube," a spokesperson for YouTube wrote in a statement to ABC News. We took immediate action by deleting accounts and channels, reporting illegal activity to authorities and disabling comments on tens of millions of videos that include minors. There's more to be done, and we continue to work to improve and catch abuse more quickly.”

In addition, a pediatrician and blogger, Free Hess, posted about videos on the platform by a user, who includes explicit advice for children on how to commit suicide.

"We work hard to ensure YouTube is not used to encourage dangerous behavior and we have strict policies that prohibit videos which promote self-harm. We rely on both user flagging and smart detection technology to flag this content for our reviewers," a spokesperson for YouTube said in a statement to ABC News. "Every quarter we remove millions of videos and channels that violate our policies and we remove the majority of these videos before they have any views. We are always working to improve our systems and to remove violative content more quickly, which is why we report our progress in a quarterly report and give users a dashboard showing the status of videos they’ve flagged to us.

YouTube's policies, however, have also been met with criticism by creators who use the platform to establish an internet presence or earn income. Some say they are the victims of false claims — cases in which users flag their channel's content for copyright, threatening to keep doing so unless they are paid. Others include film reviewers who receive take-down notices from movie studios for showing a few minutes of a movie clip they are reviewing.

For example, Logan Carter of Corpus Christi, Texas, who goes by ObbyRaidz on YouTube, told ABC News that he is being extorted for payment by bad actors who file false copyright claims against him, so that his channel will be taken down if he does not pay.

ObbyRaidz, tweeted a note he received which said: "We striked you. Our request $150 PayPal or $75 btc (bitcoin)… Once we receive our payment we will cancel both strikes on your channel."

YouTube tweeted a response asking him to flag his channel.

When asked about the ObbyRaidz channel, a YouTube spokesperson wrote to ABC News in an email: “YouTube’s Content ID system allows rights holders a way to claim content at scale by finding matches to content they submit to us and giving them an automated way to identify, block, and even make money from uploads of their content. We rely on copyright holders to only claim the content they truly own. The accuracy of our matching systems can only ever be as good as the accuracy of what copyright holders submit. We have review teams that work to catch and prevent inaccurate claims, take action against copyright holders who knowingly or repeatedly cause errors, and we offer a robust dispute process for users who believe their video was claimed in error."