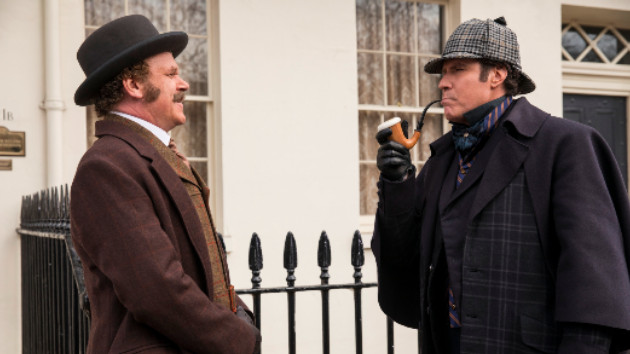 Giles Keyte – © 2018 CTMG, Inc. All Rights Reserved.(LOS ANGELES) — While the Academy Awards honor the best movies of the past year, the Razzie Awards have announced the top picks for the worst of the worst.

The Razzies — or the Golden Raspberry Awards, officially – named Holmes & Watson as the worst film of 2018. The Will Ferrell and John C. Reilly comedy opened to disastrous reviews and scored a dismal 10 percent rating on Rotten Tomatoes.
The film also took home the prize for Worst Remake, Ripoff or Sequel, Worst Director for Etan Cohen and Worst Supporting Actor for John C. Reilly.
Melissa McCarthy was named worst actress for her roles in The Happytime Murders and Life of the Party; however, she also won redeemer award for her Oscar-nominated performance in Can You Ever Forgive Me?

Meanwhile, President Donald Trump was named worst "actor" for playing himself in the documentaries Death of a Nation and Fahrenheit 11/9.
Worst Supporting Actress went to presidential advisor Kellyanne Conway for playing "herself" in Fahrenheit 11/9. Fifty Shades Freed was awarded Worst Screenplay.