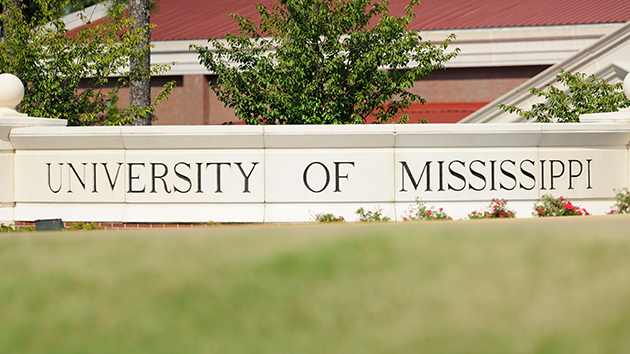 sshepard/iStock(OXFORD, Miss.) — Eight members of the Ole Miss men's basketball team took a knee during the national anthem before the team's game against Georgia on Saturday.
As the two teams lined up on the court and the anthem began, six Rebels players knelt. Two more players dropped to one knee as the final line of the song played.
A pair of pro-Confederate groups marched towards the university's campus on Saturday, though it was not immediately clear that that was the reason for the players' actions. The Clarion-Ledger reported that the groups were protesting Ole Miss' discontinuation of former mascot Colonel Reb and other efforts to distance the school from Confederate heritage.
Some student groups held counterprotests during the week.
After the game, one of the kneeling players, Breein Tyree, told reporters that "the majority of it was just that we saw one of our teammates doing it and didn't want him to be alone."

Head coach Kermit Davis supported his players, saying that they made "an emotional decision to show these people they're not welcome on our campus, and we respect our players' freedom and ability to choose that."

Davis had previously said — at his introductory press conference in March — that his team would be one "that respects the flag and the national anthem."