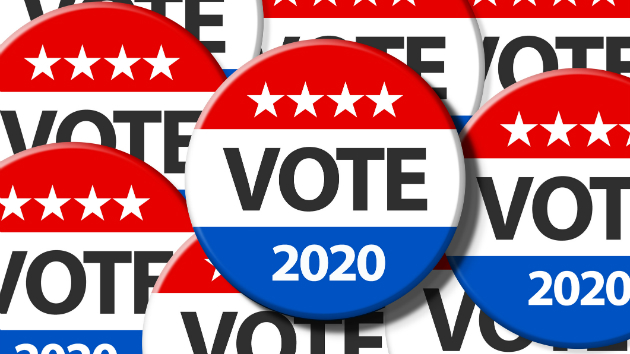 ANNECORDON/iStock(WASHINGTON) — Sen. Bernie Sanders' long-anticipated announcement of a presidential run came this week alongside an air of vindication as he described the ways in which the Democratic party has embraced several of the policies around which he based his 2016 run, including Medicare for all, free college tuition and an increase of the highest marginal tax rates to address income inequality.
But while Sanders might consider it a partial success that components of his platform has been embraced by several presidential candidates, it may also make it more difficult for the independent senator to differentiate himself this cycle.

While there is a clear divide with the Democratic Party's moderates, like Sen. Amy Klobuchar, D-Minn., a crowded field means that the primary is no longer a binary choice and the senator from Vermont may have to more clearly define himself in a political world in which the labels "progressive" and "socialist" are no longer a novelty.
Here's the weekly candidate roundup:
Feb. 15-21, 2019
Stacey Abrams (D)
In a speech to the Democratic National Committee's Winter Meeting last week, Abrams joked about her political future, saying that she is "going to run for something," but that it might be president of her home owners' association.
Michael Bennet (D)
Bennet traveled to Iowa Thursday for a house party in Dubuque, and will remain in the Hawkeye State through Saturday for two more house parties, a meeting with the Polk County Democrats and a roundtable with farmers. A press release earlier this week announcing the visit, acknowledged that the senator is considering "whether to enter the race for president."
Joe Biden (D)
People close to the former vice president told ABC News this week that they believe Biden will enter the 2020 race. The sentiment is shared by Sen. Dianne Feinstein, D-Calif., who was left with that feeling after she met with Biden last week. Feinstein has previously said she would support Biden if he were to enter the race.
Biden avoided specifically commenting on the 2020 election during an event at the University of Pennsylvania Tuesday, but was highly critical of the Trump administration's immigration policy, describing "hysteria at the southern border" and arguing that the president's beliefs were rooted in "xenophobia."
On Tuesday, Biden will participate in a discussion at the University of Delaware.
Michael Bloomberg (D)
On Tuesday, Politico reported that Bloomberg's advisers were beginning to reach out to the recipients of support from Bloomberg's philanthropy to gauge their willingness to back a potential presidential run.
Cory Booker (D)
The New Jersey senator visited New Hampshire last weekend, during which he pushed back against criticisms of his nice-guy approach and described himself as "someone who’s strong, who’s tough, who will fight for a cause and fight for people but also finds common ground."
Booker, along with fellow presidential candidate, Sen. Kamala Harris, were questioned about their immediate responses to the January attack on actor Jussie Smollett as police uncovered information indicating Smollett may have staged the incident.