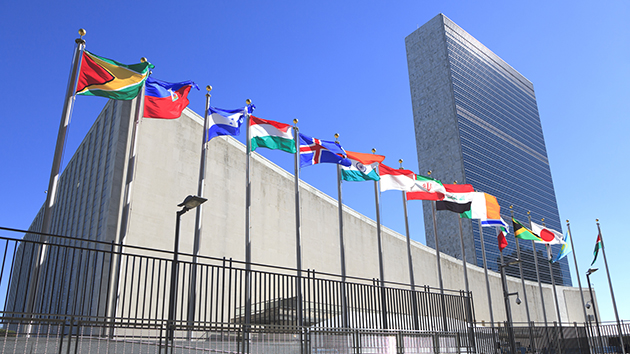 A senior administration official told ABC News that Craft was at the White House earlier Friday when President Trump offered her the job.
Craft, a native of Glasgow, Kentucky, becomes the second nominee the president has selected to replace former UN ambassador Nikki Haley, who resigned in October.
Her nomination was applauded by Senate Majority Leader Mitch McConnell, who personally recommended Craft to the president for the post.
“The President made an exceptional choice for this critical post," McConnell, R-Ky., said in a statement. "Kelly Craft is a strong advocate for American interests and will be a powerful representative of our great nation at the U.N. She has a long record of service to her state and the nation and I’m confident she will continue to serve with distinction as America’s voice to the world at the United Nations. I was proud to recommend this remarkable Kentuckian to President Trump.”
Trump’s first nominee, Heather Nauert, the former State Department spokeswoman, withdrew her name from consideration last Saturday after problems arose in her background related to an undocumented nanny she had employed at her home.
Trump quickly resumed interviews, and Craft’s name had emerged as a frontrunner for the post.
Before Nauert was nominated, Trump had interviewed Craft for the post on October 2.
The White House did not immediately respond to a request for additional comment.
This is a developing story. Please check back for updates.
Copyright © 2019, ABC Radio. All rights reserved.