DuBois, PA – People throughout Clearfield County came out to Penn State DuBois last night to voice their opinion on the possibility of recreational marijuana in Pennsylvania.

This was the seventh stop on Lt. Gov. John Fetterman’s planned listening tour of all 67 counties.

People from both sides of the issue spoke, and the night was generally civil.

Listen to the personal interview with John Fetterman the night of the event.

At the end of the night when a tally was taken, the majority of people were in favor of legalization. Many of those who came up to the mics to give their opinions were quick to talk about the economic benefits and share their own personal experiences.

Those who were against legalizing recreational marijuana talked about the potential that it could lead to other drugs or might not be as financially lucrative as what many people assume it would be.

On both sides, most people said they were concerned about how it could affect the number of people who would be driving under the influence of marijuana, and how police might not even be able to effectively test for it.

If you weren’t able to make it to the listening tour in person, you can also submit your online feedback with how you feel about recreational marijuana at the PA Governor’s website.

The next stop for the listening tour will be Sunday, Feb. 24 in Juniata County. 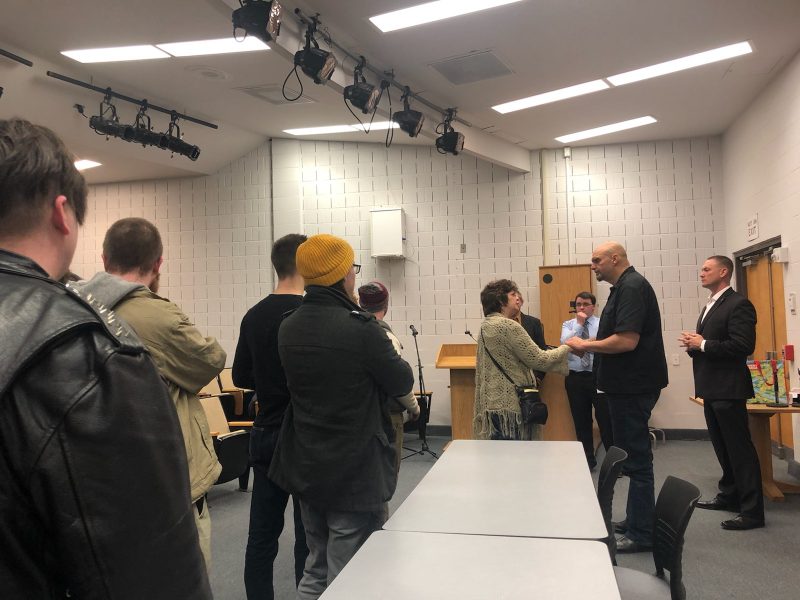 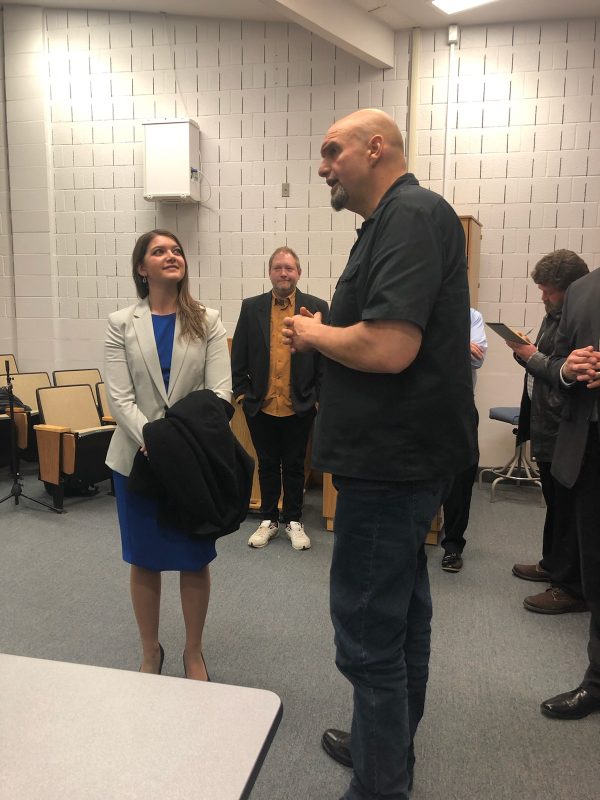