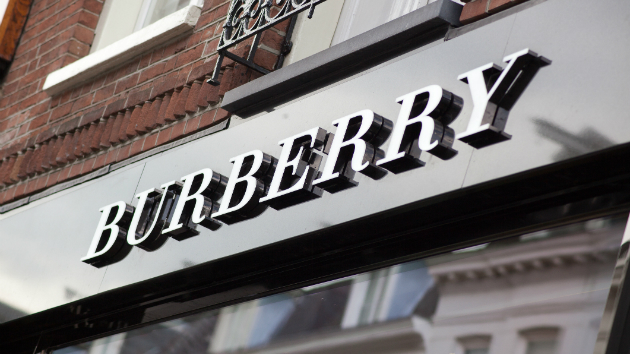 MichaelJay/iStock(NEW YORK) — Burberry has apologized after a sweatshirt in one of its fashion shows appeared to include a noose hanging around the model's neck, prompting another model who walked in the show to call the design "triggering."
The sweatshirt in question was part of a collection debuted at London Fashion Week show last Sunday.
Model Liz Kennedy took to Instagram to voice her frustration with the clothing, writing "Suicide is not fashion."
"Let’s not forget about the horrifying history of lynching either," Kennedy added. "There are hundreds of ways to tie a rope and they chose to tie it like a noose completely ignoring the fact that it was hanging around a neck."
In an exclusive interview with ABC News' Good Morning America, Kennedy said that the issue hits close to home for her.
"I … was feeling very triggered actually," she said. "Kind of how I felt when I was going through an experience with suicide in my family."
Kennedy said she tried to voice her concerns about the design ahead of the show, but no action was taken.
"I was trying to think of ways that I could handle it backstage so that look wouldn’t be shown, but unfortunately, there was no way of doing that, and I just had to fulfill my duties as a model with them and hope for the best," she said.
Burberry and their chief creative officer, Riccardo Tisci, have since apologized.
"I am so deeply sorry for the distress that has been caused as a result of one of the pieces in my show on Sunday. While the design was inspired by a nautical theme, I realise that it was insensitive," Tisci said in a statement.
"It was never my intention to upset anyone," he continued. "It does not reflect my values nor Burberry's and we have removed it from the collection. I will make sure that this does not happen again."
Marco Gobbetti, the CEO of Burberry, also apologized on behalf of the brand and said they have reached out to Kennedy to personally apologize as well.
"I called Ms. Kennedy to apologise as soon as I became aware of this on Monday and we immediately removed the product and all images that featured it," Gobbetti said in a statement.
Kennedy said that the company's "actions speak louder than words."
"If they just kind of brush this whole situation under the rug in a couple weeks, that’s very disrespectful, you know, I would not be OK with that," she said.
"I think the positive that came out of all of this, it's given me the platform to be able to speak more about mental health and start a conversation on it," she added. "And it's also given the whole entire industry a lesson to make sure that they watch what they're producing and how it will affect other people."
Copyright © 2019, ABC Radio. All rights reserved.