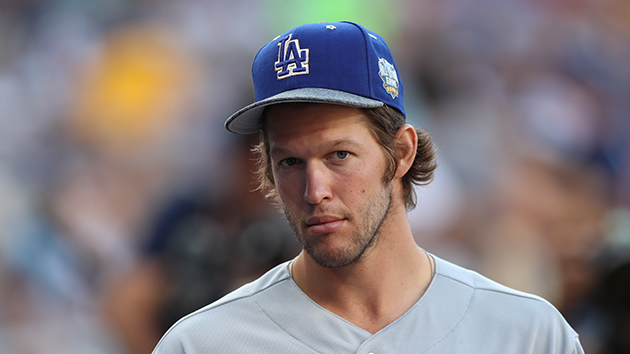 Photo by Allen Kee / ESPN Images(GLENDALE, Ariz.) — The Los Angeles Dodgers have shut down ace Clayton Kershaw indefinitely after he reportedly didn't feel right during an early throwing session.
Kershaw didn't elaborate on the issue following the team's Friday workout. He did say that he expects to be kept off the mound for only a few days.
Dodgers manager Dave Roberts said the issue wasn't related to Kershaw's back, which has sent him to the injured list each of the last three years. Roberts called it "just an arm kind of thing," but said "no one is alarmed or worried" because it is still early in Spring Training.
The 30-year-old lefty has won the National League Cy Young Award three times, and signed a three-year contract extension with the Dodgers in November.
Copyright © 2019, ABC Radio. All rights reserved.