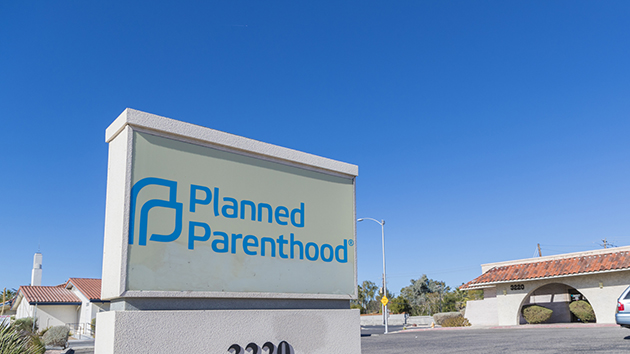 LPETTET/iStock(WASHINGTON) — The Trump administration on Friday issued its much-anticipated rule that prohibits family planning providers like Planned Parenthood that receive federal assistance from providing abortion referrals.
The move is likely to become subject to court challenges as Planned Parenthood and Democratic lawmakers, now in control of the House, deride the much-anticipated regulation as a "gag rule" because it limits what family planning clinics can say to women seeking an abortion. Under the prior rules, pregnant women who wanted an abortion had to be provided with a referral, although the provider was not allowed to promote it or help with the logistics such as scheduling an appointment or providing transportation.
"This is just the latest step in the Trump Administration’s ideologically-driven, misguided crusade to prevent Americans from accessing the full range of reproductive health care services,” said Rep. Elijah Cummings, the Democratic chair of the House Oversight and Reform Committee.
The administration, through its Department of Health and Human Services, said the final approved rule "protects" providers that use federal money by eliminating the requirement that have to offer abortion counseling and referral.
The new rule “protects Title X providers so that they are not required to choose between participating in the program and violating their own consciences by providing abortion counseling and referral.” Planned Parenthood, which stands to federal assistance unless it agrees, called the new rule an “unethical gag rule” because health care providers that receive federal assistance wouldn’t be able to refer patients for abortion services.
Planned Parenthood, which says it serves 41 percent of the four million patients who receive care through the federal assistance program, known as Title X, said the regulation will disproportionally hurt women of color and low-income patients who rely on the organization for family planning options.
“Thanks to the gag rule, the already massive divide between who does and who doesn’t have health care will get worse,” the Planned Parenthood Action Fund tweeted.
Abortions are down to the lowest rate since the landmark case Roe v. Wade legalized a woman’s right to abortion in 1973, according to the Centers for Disease Control and Prevention.
From 2006 until 2015, the total number of reported abortions decreased by 24 percent — from more than 840,000 in 2006 to about 638,000 in 2015, the report found.
The CDC also focused on two other measures that reached their lowest level over the same time period: the total number of abortions in the population, or the abortion rate, which decreased 26 percent, and the proportion of all pregnancies that end in abortion rather than birth, or the abortion ratio, which decreased 19 percent.
Conservatives, including Vice President Mike Pence, have said they still see eliminating the option as a priority for the administration.
The administration announced plans to move ahead with the new regulation last spring.
Copyright © 2019, ABC Radio. All rights reserved.