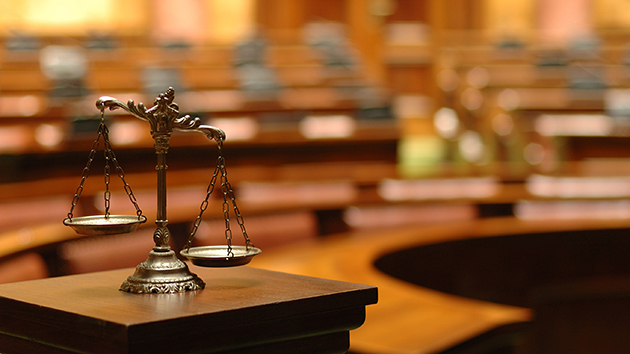 Vladstudioraw/iStock(NEW YORK) — Attorneys for Joaquin "El Chapo" Guzman said the convicted drug kingpin will seek a new trial in light of an interview in which one of the jurors who convicted the notorious Mexican cartel leader admitted ignoring the judge's orders not to read media reports about the case.
"Mr. Guzman intends to file a motion for a new trial based on the disclosures in the article and to request and evidentiary hearing to determine the extent of the misconduct," Guzman attorneys said in a letter to the court on Friday.
The juror, who has not been identified, told VICE News in an exclusive interview that at least five members of the panel reviewed and discussed news reports and social media posts about the case during the trial and jury deliberations.
"You know how we were told we can't look at the media during the trial? Well, we did. Jurors did," the juror told VICE.
Guzman lawyers noted in the letter that "in that story, the author claims to have spoken for over two hours with a juror in Mr. Guzman's trail."
"The article states that multiple jurors engaged in misconduct by intentionally violating the Court's direction to 'stay … away from media coverage, not doing any research on the internet or otherwise and [to not] communicate anything about the case to anyone.'"
Federal prosecutors did not immediately submit a response to the court to the defense attorneys' letter.
The panelist went on to tell a VICE reporter who covered the 44-day trial and jury deliberations that resulted in Guzman's conviction, "We would constantly go to your media, your Twitter … I personally and some other jurors that I knew."
After six days of deliberations, the New York federal court jury found Guzman guilty on 10 charges, including conspiracy to commit murder, money laundering, and multiple counts of distributing heroin, cocaine, marijuana and methamphetamine.
Guzman is scheduled to be sentenced on June 25 and is facing life in prison without the possibility of parole.
"Obviously we're deeply concerned that the jury may have utterly ignored the judge's daily admonitions against reviewing the unprecedented press in the case," one of Guzman's defense lawyers, Jeffrey Lichtman, said in a statement released after the article's publication this week.
"More disturbing is the revelation that the jury may have lied to the court about having seen some deeply prejudicial, uncorroborated and inadmissible allegations against Mr. Guzman on the eve of jury deliberations."
Eduardo Balarezo, another attorney for "El Chapo," said that, if true, the juror's admissions in the VICE interview indicates Guzman "did not get a fair trial."

"The information apparently accessed by the jury is highly prejudicial, uncorroborated and inadmissible — all reasons why the Court repeatedly warned the jury against using social media and the internet to investigate the case," Balarezo said in a statement.
Balarezo said he and other members of Guzman's defense team "will review all available options before deciding on a course of action."
The U.S. Department of Justice for the Eastern District of New York had no immediate comment.
Guzman's legal team had already said it will appeal the conviction before the juror was interviewed by VICE.
Throughout the trial, U.S. District Court Judge Brian Cogan admonished the panel daily to avoid news coverage and social media of the case, and not to discuss the case with each other until they began deliberations.
Before dismissing the jurors, Cogan said they were free to speak to the media, but advised them not to.
The juror who spoke to VICE is the first member of the jury to publicly speak of the trial.
VICE reported that the juror reached out to the news organization and agreed to be interviewed on grounds the identity of the juror remain anonymous.
To protect the safety of the jurors, the judge made all of their identities anonymous during the trial.
The juror, who spoke to VICE, said the panelists were even anonymous to each other throughout the criminal proceedings and referred to one another by their juror numbers or nicknames that included, "Pookie," "Mountain Dew," "Doc," "Crash" and "Starbucks."
"We were saying how we should have our own reality TV show, like 'The Jurors on MTV' or something like that," the juror told VICE.
The juror said the deliberations went on for six days largely because of a single holdout and said some jurors expressed concern about Guzman being held in solitary confinement for the rest of his life if they found him guilty.
"A lot of people were having difficulty thinking about him being in solitary confinement, because, well, you know, we're all human beings, people make mistakes, et cetera," the juror told VICE.
Guzman, 61, was the leader of Sinaloa cartel, one of the most ruthless drug-smuggling organizations in Mexico. He has previously staged two elaborate escapes from Mexican prisons.
During the trial, the prosecution called more than 50 witnesses who described all aspects of Guzman's life, from brutal murders, a naked journey he took through a secret tunnel, plastic bananas filled with cocaine and spied-on mistresses.
Following Guzman's conviction, Ray Donovan, special agent in charge of the Drug Enforcement Administration, described El Chapo as a "ruthless killer" who was "responsible for unthinkable amounts of death and destruction" in the U.S. and Mexico.
"He was the man behind the curtain — he pulled all the strings," Donovan said.
Copyright © 2019, ABC Radio. All rights reserved.

ABC News’ Linsey Davis on “savoring” special moments of motherhood with her third children’s book, ‘Stay This Way Forever’
Federal judge’s ruling allows deportations to continue despite Biden’s attempt at pause
FAA orders inspections of some Boeing 777 engines after United failure
Megxit, stage left: Poll says majority of Brits don’t want to watch Oprah’s interview with Harry and Meghan
Pfizer launches COVID-19 vaccine trial in pregnant women
Mandy Moore says she was shut out of an interview because she refused to talk about her abuser