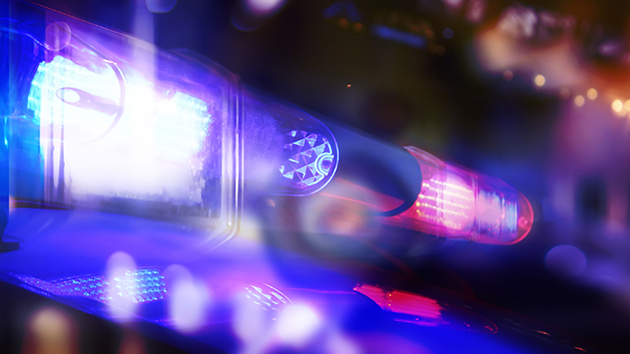 TheaDesign/iStock(WINTER SPRINGS, Fla.) — Dramatic video captured the moment when deputies revived three people who allegedly overdosed on the deadly opioid fentanyl at a Florida gas station.
All three people survived, Seminole County Sheriff's Office spokesman Bob Kealing told ABC News on Friday.
The incident unfolded on Aug. 18 when the deputies rushed to a gas station in Winter Springs. That's when they discovered two men and one woman passed out.
One man was motionless in the driver's seat with labored breathing, clammy skin and a shallow pulse as "a bluish color came over him," according to the sheriff's office incident report.
One deputy shook the man's arm, shined a flashlight in his face and pushed him, but "despite my best efforts," he remained unresponsive, the deputy's incident report said.
The deputy pulled the driver from the car to the ground, but he was limp. The deputy then put Narcan — a spray used to treat drug overdoses — into his nose, the report said.
But the man was still unresponsive and started to turn bluish, police said.
The deputy gave him several sternum rubs with no response, the report said, and while "he was continually breathing slowly," "the color began to return to his face."
Meanwhile, the other two, a man and a woman, were on the ground motionless, authorities said. The woman, who had shallow breathing and a light pulse, was sitting with her head slumped forward as the man was lying next to her.
A deputy applied sternum rubs to both with no reaction, the report said. Deputies also gave them both Narcan, the report said.
That's when Seminole County Fire Rescue responded and took over treatment, administering several more doses of Narcan to each person, the report said.
The Fire Rescue responders were "able to improve their vitals," the report said, and all three were hospitalized.
Deputies on the scene said they had overdosed on fentanyl, Kealing said.

“Fentanyl is 30 to 50 times stronger than heroin, depending on how pure the heroin is,” Dr. Nicholas Kardaras, an addiction specialist and the founder and Chief Clinical Officer of Omega Recovery in Austin, told ABC News in December. “It was the most powerful and potent painkiller that, back a few years ago, used to be used for end-stage terminal cancer patients via a patch, and the patch was time released."
By 2016, fentanyl rose to become the drug associated with the most overdose deaths in the U.S., according to a Dec. 2018 report from The Centers for Disease Control and Prevention. Fentanyl alone caused nearly a third of all overdose deaths in 2016, the report said.
Copyright © 2019, ABC Radio. All rights reserved.