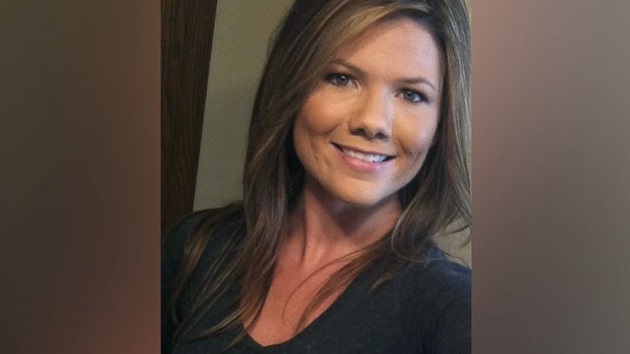 Woodland Park Police Department(FOUNTAIN, Colo.) — Colorado authorities are planning to begin the task Tuesday morning of digging through a landfill for Kelsey Berreth's remains and other possible evidence in the missing mom's case, sources told ABC News.
The search of the Midway landfill near Fountain, Colorado, could last several months, according to sources with knowledge of the investigation. Investigators have been focusing their attention on the landfill since at least January, when officials from Waste Management told ABC News that the Colorado Bureau of Investigation had contacted them "regarding a potential search at Midway Landfill and we are cooperating fully."
Berreth, a 29-year-old pilot, was last seen entering a Safeway near her home in Woodland Park, Colorado, on Thanksgiving Day, according to surveillance footage from the store. The footage showed her entering with her 1-year-old daughter in a car seat and taking a shopping cart. It was the last confirmed sighting of her.
Berreth's mother reported her missing on Dec. 2, police said. Her body has never been found, but investigators testified in a Teller County courtroom on Tuesday that they believe Berreth's fiancé, Patrick Frazee, burned her body on his property in Florissant, Colorado.

During Frazee's preliminary hearing, a law enforcement witness said that Frazee told his mistress he "scooped Berreth's remains up and was going to take them to the dump or to take them to the river."
Krystal Lee Kenney, a former nurse from Idaho, told investigators that she and Frazee burned a black plastic container in a horse trough on Frazee's land days after Berreth was killed.

Kenney, who has pleaded guilty to transporting the 29-year-old flight instructor's cellphone from Colorado to Idaho on Nov. 25, told investigators that she never saw a body in the fire, but described a "lump" after the plastic melted away, which she believed to be Berreth's remains.
"I learned Patrick Frazee had committed a homicide on approximately Nov. 22, 2018, in Teller County," Kenney said in a court statement earlier this month. "I knew that law enforcement would be investigating that crime. I moved the victim’s cellphone with an intent to impair the phone’s availability in the investigation. I had no right or authority to move the victim’s cellphone that occurred between Nov. 24 and Nov. 25, 2018, in Teller County.”
According to the arrest affidavit released Wednesday, "Frazee put the black tote in a trough on his residence along with items from Berreth's residence; the bat used to kill Berreth, and burned it to dispose of evidence….the contents of Berreth's purse were burned at the same time as her body. There was a mace container, a pair of earrings and Berreth's identification card. These items were all burned, with the exception of Berreth's cell phone."
Frazee, 32, is charged with two counts of murder and three counts of solicitation to commit murder in his fiancee’s death. Teller County prosecutors filed additional charges prior to the preliminary hearing, including tampering with a dead body and two sentence enhancers.