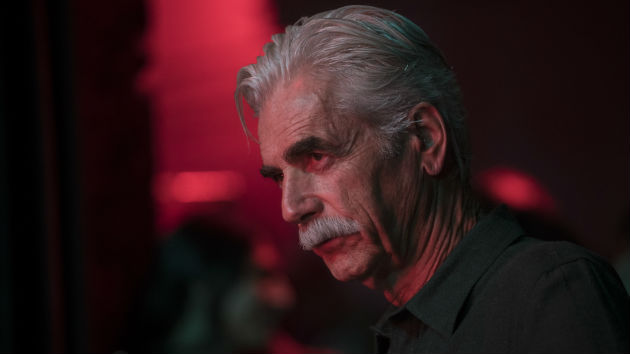 Courtesy of Warner Bros. Pictures(LOS ANGELES) — Oscar Sunday is almost here, and Sam Elliott is — finally — a nominee this year, for his work in A Star is Born.

The beloved character actor has been working in front of the cameras for more than 50 years, but he received his first-ever nomination for Bradley Cooper's adaptation of the Hollywood classic.

Elliott is up for a Best Supporting Actor trophy Sunday night for playing the brother of Cooper's troubled musician character. Elliott tells ABC Radio that he suspected the film was destined for greatness.

"I think the odds were in its favor when you got Lady Gaga starring and you got Bradley Cooper, who's clearly, as we know him now, a brilliant filmmaker."

And even though A Star Is Born is Cooper's first film as a director, the showbiz veteran tells ABC Radio that he knew right away the Oscar-nominated actor had the goods.

"You know, I'd never crossed paths with Bradley before we did this film together, but in my initial meeting with him…I left there [knowing] that this guy's really a smart man," said Elliott. "And the way he talked, I suspected he was a brilliant filmmaker and he is — there's no question about it."

Sunday caps a busy awards season for A Star Is Born, but the star wouldn't have it any other way, he tells ABC Radio.

"It's been an amazing ride, so yeah, totally enjoyed it," Sam says. "It's a slog, it's a lot of work, but to see the film recognized for what it is, and to see all that hard work on everybody's part pay off is a wonderful thing," he adds.

Tune in to the Academy Awards ABC Sunday night at 8 p.m. ET to see if A Star Is Born takes home the gold.