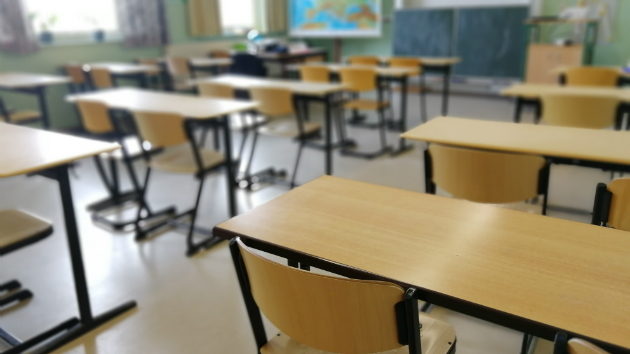 ogolne/iStock(CHARLESTON, W.Va.) — Nearly a year after they went on strike and inspired educators nationwide to do the same, West Virginia teachers wielded their power again and this time politicians were quick to listen.
Just hours after West Virginia teachers went on strike for the second time in a year, the state House of Delegates voted, 53-45, to indefinitely table an omnibus education bill the educators saw as retaliation for the job action they took last February.
The vote prompted the teachers' unions to announce they would return to classes on Thursday.
While Senate Bill 451 — loathed by teachers because it proposed establishing the state's first charter schools and funds for private school vouchers — appeared dead, the state's three biggest teachers' unions continued the strike for a second day on Wednesday to "make sure this is a dead deal."
"We believe that there is still a minute opportunity for something to happen," Dale Lee, president of the West Virginia Education Association, said at a news conference at the state capital building in Charleston Tuesday night.
Despite calls from Gov. Jim Justice and Steven Paine, the West Virginia superintendent of schools, for teachers to go back to work on Wednesday, the teachers' unions instructed educators to return to the state Capitol building instead to make sure the state Senate leadership knows they mean business.
"We cannot trust the leadership in the Senate," Fred Albert, president of the West Virginia chapter of the American Federation of Teachers, said at the news conference. "We are staying out one more day to ensure that this is a dead bill."
With little warning and a lot of anger, Mountain State teachers went on strike Tuesday, prompting school administrators in 54 of 55 counties to cancel classes for more than 200,000 students.
The strike was called Monday evening in protest of state Senate Bill 451.
Copyright © 2019, ABC Radio. All rights reserved.