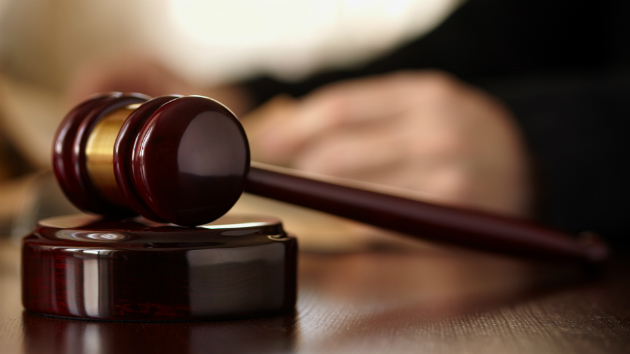 Kuzma/iStock(SALT LAKE CITY) — A Utah man who allegedly attacked three men with a metal pole after shouting that he wanted to "kill Mexicans" has been charged with federal hate crimes, authorities said.
A federal grand jury in Salt Lake City, Utah, on Wednesday indicted Alan Covington on three counts of hate crimes. If convicted, he faces a maximum sentence of life in prison and a $250,000 fine, according to a press release from the U.S. Department of Justice.
Covington is accused of entering a Salt Lake City tire shop on Nov. 27 and yelling that he wanted to "kill Mexicans" before striking a man in the head with a metal pole. The grand jury indictment alleges that the attack was "an attempt to kill." Covington then allegedly struck another man with the pole. Both men suffered bodily injury.
Covington is also accused of swinging the pole at a third man in an attempt to injure him.
The indictment alleges Covington attacked the three men, who are employees at the tire shop, because he believed they were Mexican.
The FBI is investigating the case with the help of the Salt Lake City Police Department.
It's unclear whether Covington, who is also facing state charges, has retained an attorney to represent him on the federal charges.
He is being held at the Salt Lake County jail on $100,000 bond, according to booking records. The alleged incident renewed calls for Utah to strengthen its state hate-crimes law, which currently doesn't name protected groups.
"This attack sowed fear into our community," Salt Lake City Mayor Jackie Biskupski said in a statement Wednesday, applauding the indictment. "It is time Utah adopt comprehensive hate crime legislation to give law enforcement and investigators the tools they need to prosecute these types of crime."
Copyright © 2019, ABC Radio. All rights reserved.