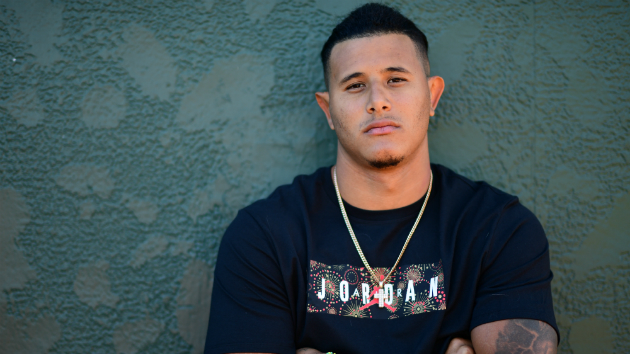 Scott Clarke / ESPN Images(SAN DIEGO) — Manny Machado's contract with the San Diego Padres isn't yet a done deal but on Wednesday, jerseys bearing his last name and No. 13 made an appearance at Petco Park.
The San Diego Union-Tribune reports the replica jerseys were seen for sale at the team store at Petco Park. However, once the Padres were notified, they were pulled off the sales floor.
The newspaper said it is not known if any of the jerseys were sold before they were taken off the racks.
Machado, 26, reached an agreement with the Padres on a 10-year, $300 million contract. The deal is pending the results of two physicals.
The shortstop was in San Diego Wednesday to take his physical for the team. He is scheduled to take his second physical on Thursday, this time for the company that will insure the Padres on the 10-year deal, ESPN reports.
Copyright © 2019, ABC Radio. All rights reserved.