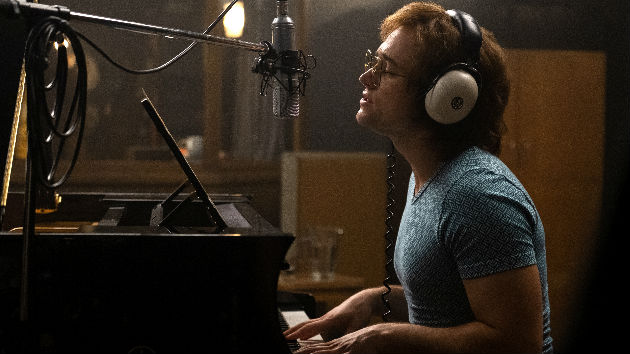 Paramount Pictures(LOS ANGELES) — If you thought Elton John's upcoming biopic Rocketman, described as a "musical fantasy," would only focus on the positive parts of the legendary star's life, a new trailer indicates otherwise.

The trailer, which runs for about two-and-a-half minutes, shows Elton's transformation from an unknown musician named Reginald Dwight into an outrageously dressed full-fledged rock star. We also see him struggling with substance abuse and the pressures of fame, and there's a reference to his secret relationship with his then-manager and lover, John Reid.

We also see a montage of career moments, as well as life events, including his ill-fated 1984 marriage to recording engineer Renate Blauel.

In one scene, Elton, played by Taron Egerton, is wearing one of his more over-the-top outfits, when he's confronted by Bernie Taupin, played by Jamie Bell.

Rocketman will be in theaters May 31.