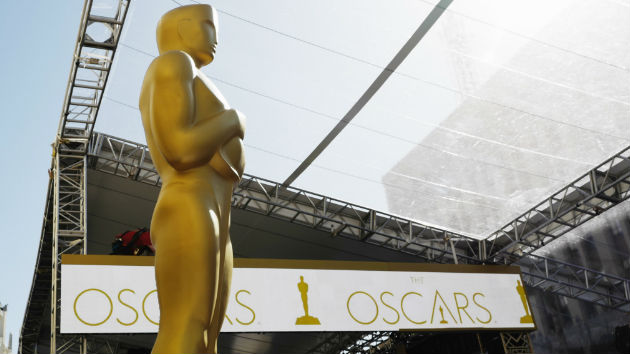 ABC/Randy Holmes(LOS ANGELES) — Sure, "it's just an honor to be nominated," as many Oscars hopefuls will be saying this weekend, but being recognized by the Academy — win or lose — is an easy way for celebrities to scoop up a ton of freebies.

The gifts included in the nominees' SWAG bag this year includes more than $100,000 worth of goodies, according to Forbes — though Distinctive Assets, the company that packages all the nominees' stuff, stopped counting after 2016, when the retail value of each was clocked at $260,000.

Among the goodies gifted by the company this year, Forbes explains, is a $40,000, 12-night Tanzania vacation for two, and a six-night and seven-day stay at Koloa Landing Resort at Poipu in Kauai, Hawaii.

However, that's not the only SWAG bag in town. Nominees, Oscar attendees, and presenters staying at the Four Seasons in Los Angeles get their own bag of goodies, too, and ABC Radio has learned that in addition to the myriad gadgets and anti-aging creams and other A-List bric-a-brac, included will be a $13,500 VIP "axe-throwing experience" offered by Kick Axe, New York City's first axe-throwing venue.

For that price, one would think you'd get the chance to chuck axes at real-life dragons, though a rep for the company says The VIP experience includes one-on-one training with an "axe-pert," and a private party.
The establishment's founder and owner Ginger Flesher-Sonnier noted in a statement, "We look forward to hosting many of them for a bout of post-award-season stress relief…To be selected to be included as the gift celebrities are given in their hotel room at the Four Seasons is very axe-citing for the growing company."