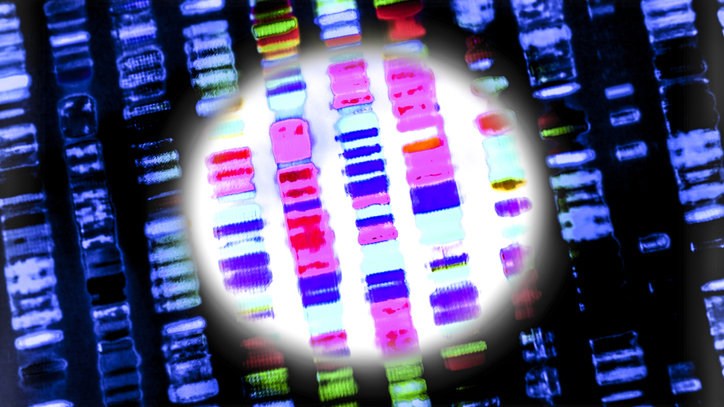 Gio_tto/iStock(NEW YORK) — Four women who were drawn to each other because of how similar they look have discovered they are sisters through DNA testing.
Shannon Holley Nicoll, 49, and Rachelle Arthur Dyer, 53, met for the first time at a Kenny Chesney concern in 2010 after years of their mutual friends telling them how much they look alike, the women told the Virginia Pilot.
It wasn't just their physical appearance that people commented on, Dyer said, it was their mannerisms as well.
Dyer eventually went to teach at Tallwood Elementary in Virginia Beach, where Nicoll had already been teaching, and their colleagues would mention that the two could be sisters.
But, the women each already had one. Dyer's twin sister, Kristelle Arthur Harrington, lives in Seattle, while Nicoll's sister, Lisa Holley Vann, 51, also looked like the trio.
DNA tests taken by other family members in 2017 confirmed that all four women were born to the same mother, Janice Moore, who had put the twins up for adoption after deciding she couldn't provide for them. Moore had demanded that the twins stay together and be raised in a Catholic home, and the twins grew up near Seattle.
Two years after putting the twins up for adoption, Moore met Dean Holley, and the couple were married and had two daughters in Virginia Beach.
"I was blown away," Vann said.
Dyer and Harrington knew they were adopted and always wondered if they had more siblings. Moore took the secret of the adoption "to the grave with her," Vann said, but she did tell her sister, Tracey Hall, who passed the secret down to her daughter, Sue Hall.
Sue Hall is the cousin who took the DNA test.
"I figured, if I died someone had to know about this," Sue Hall, who lives in Fredericksburg, told the newspaper. "Janny was determined to do the best thing for the twins and we always wondered about them. And I always thought that if the twins wanted to find us they would have by now."
Sue Hall added that she believed her aunt would be "happy" about all of her daughters reuniting.
The similarities don't stop at the women's looks and mannerisms, which Dyer described as "almost like looking in the mirror." After the quartet of sisters met face-to-face for the first time last weekend over dinner, other family members who attended observed that they all have bubbly personalities, similar voices and are family-oriented and interested in fashion.
"I mean, we were finishing each other's sentences," Nicoll said.