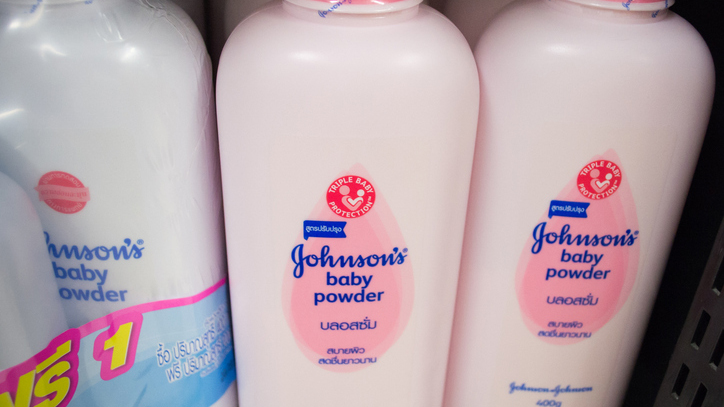 Wachiwit/iStock(NEW YORK) — The Justice Department and the Securities and Exchange Commission are investigating Johnson & Johnson regarding alleged asbestos contamination in its baby powder.
The New Jersey-based pharmaceuticals and consumer goods giant said that it is cooperating with the government inquiries and that it has been subpoenaed.
The investigations were revealed in an annual report for the fiscal year ending Dec. 30, 2018, which was filed with the SEC on Wednesday. It is the first time the investigations were made public.
"The Company has received preliminary inquiries and subpoenas to produce documents regarding these matters from Senator [Patty] Murray, a member of the Senate Committee on Health, Education, Labor and Pensions, the Department of Justice and the Securities and Exchange Commission. The Company is cooperating with these government inquiries and will be producing documents in response," according to the SEC filing.
The SEC and DOJ declined to comment.
The company also addressed the increasing number of lawsuits it was facing from asbestos-related claims, the filing showed.
"The number of pending product liability lawsuits continues to increase, and the Company continues to receive information with respect to potential costs and the anticipated number of cases. Lawsuits have been primarily filed in state courts in Missouri, New Jersey and California. Cases filed in federal courts in the United States have been organized as a multi-district litigation in the United States District Court for the District of New Jersey," according to the filing.
Johnson & Johnson "has successfully defended a number of these cases but there have been verdicts against the Company, including a verdict in July 2018 of $4.7 billion," according to the SEC filing. It added that the company believes "it has strong grounds on appeal to overturn these verdicts."
On Thursday, Johnson & Johnson denied that the company's iconic baby powder contained asbestos and maintained it safety.
"These inquiries are related to news reports about the ongoing talc litigation that adversely impacted our share price in late December 2018. The news reports included inaccurate statements and also withheld crucial information that had already been made public in the litigation and in prior media reports. Decades of independent tests by regulators and the world’s leading labs prove Johnson & Johnson’s baby powder is safe and asbestos-free, and does not cause cancer. We intend to cooperate fully with these inquiries and will continue to defend the Company in the talc-related litigation," a spokesman wrote to ABC News in an emailed statement.
In December, Reuters published an explosive investigation alleging the opposite.
Through its investigation, Reuters says it counted 11,700 plaintiffs claiming that J&J talc caused cancer — specifically thousands of cases of women suffering from ovarian cancer.
The news agency reported that "an examination of many of those documents, as well as deposition and trial testimony, shows that from at least 1971 to the early 2000s, the company’s raw talc and finished powders sometimes tested positive for small amounts of asbestos, and that company executives, mine managers, scientists, doctors and lawyers fretted over the problem and how to address it while failing to disclose it to regulators or the public."
In one of the biggest asbestos-related civil judgments to date, a St. Louis jury awarded 22 women the aforementioned $4.7 billion after they successfully claimed the company's talc powder caused their ovarian cancer.