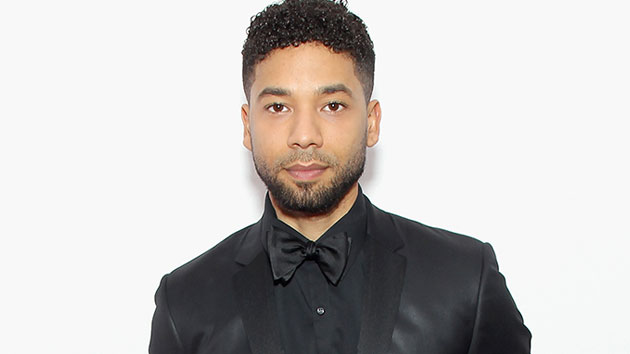 Bennett Raglin/BET/Getty Images for BET(CHICAGO) — Empire starJussie Smollett, who claimed he was assaulted on January 29 in Chicago by two men who used racial and homophobic slurs, has been charged with disorderly conduct for filing a false police report, signaling that investigators believe the 36-year-old actor and singer fabricated the attack.

Gugliemi further told ABC News that Smollett's attorneys "have not shared where he is at this point."

"I know this can be difficult emotionally, and we hope [Smollett] doesn't do anything terrible," said Gugliemi. "We want to make this as diplomatic as possible. In the end, this is only a class 4 felony. He will get through this and we want to make it as easy as possible for him to do it. But again, it is about accountability."

Following news of the charge, attorneys for Smollett said in a statement provided to ABC News: “Like any other citizen, Mr. Smollett enjoys the presumption of innocence, particularly when there has been an investigation like this one where information, both true and false, has been repeatedly leaked. Given these circumstances, we intend to conduct a thorough investigation and to mount an aggressive defense."

Two brothers known to Smollett have reportedly told police that the actor paid them to orchestrate and carry out the attack. According to Olabinjo and Abimbola Osundairo, Smollett was upset because a threatening letter directed at him, sent to Empire's Chicago studios on January 22, wasn't being taken seriously enough. Chicago police reportedly have surveillance video of the brothers purchasing supplies for the alleged attack, during which Smollett claimed an unknown liquid was poured on him and a noose placed around his neck.

Attorney Gloria Schmidt, who represents the brothers, called the entire affair "very traumatizing" for them and emphasized that they'd cooperated with investigators. As for Smollet, Schmidt said he "should come clear, because the truth will set him free."

The FBI and the U.S. Postal Inspection Service are currently investigating whether Smollett played a role in sending the threatening letter himself, two federal officials confirmed to ABC News.

Despite an initial report that Smollett was being written out of Empire, Fox released a statement Wednesday, prior to Smollett being charged, that he's still an important part of the series. "Jussie Smollett continues to be a consummate professional on set and as we have previously stated, he is not being written out of the show," said Fox and 20th Century Fox TV.

Late Wednesday night, Variety reported that producers were now considering suspending Smollett from the series, in the wake of his indictment. That report has not been confirmed.