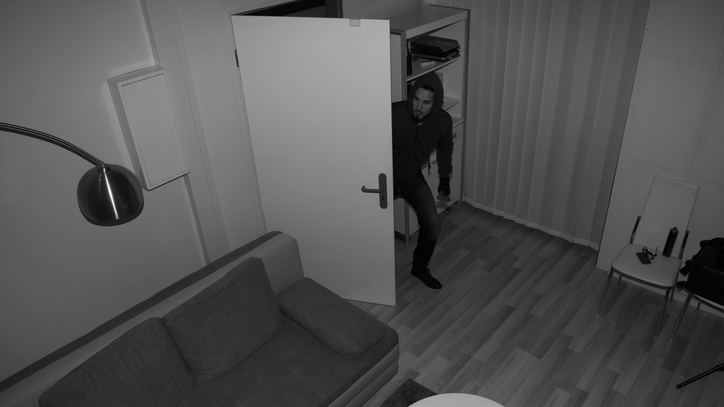 AndreyPopov/iStock(ATLANTA) — A Georgia couple who says their home was robbed is looking for the thieves — people who rented the space through Airbnb.
The couple rented out one of its properties on Airbnb to four guests for a three-night stay over the weekend, Luke, one of the homeowners, told ABC News on Wednesday. He said they were surprised to find video from their Nest home camera showing the moving their TVs and most of the home's contents into a car parked outside. He said he loaded the videos onto his Facebook page to find the renters and that the videos have since gone viral.
Luke, who works in corporate sales, asked that his last name not be used because he was afraid the burglars would "find him."
The Airbnb tenant was new on the platform and had no reviews on his profile, Luke said. He was also a local, which made Luke wonder if maybe he wanted to have a party, but not at his own house. The couple accepted the booking because they were "trying not to pre-judge someone, give them a fair opportunity," Luke said. The stay cost $835 for three nights.
Luke and his husband, Rob, had installed a Nest camera at the house's entryway. The first night, they noticed 10 to 15 people leaving the house, which "flagged that they might be having a party," Luke said.
The next day, at 5:30 a.m., Luke said he saw a woman and a toddler leave the house in the car that had been parked in the driveway all night. An hour later, another car arrived. The driver parked the car and sat in the driveway.
Then, Luke said, the Airbnb houseguest put a 60-inch TV into the car with the help of two people who had been sitting in the car.
The group then proceeded to take most of the couple's possessions, including sheet sets, large bottles of body wash and other toiletries and cleaning supplies they kept in a locked master closet to turn the house over quickly between guests.
Airbnb did not return a request for comment. The DeKalb County Police Department did not return several calls for comment either.
"Airbnb has been responsive," Luke said, asking for an itemized list and serial numbers of the stolen items. He said he's not that worried because no one got hurt and because they are insured up to $1 million with Airbnb.
Luke and his husband have several properties and are Superhosts on Airbnb. They have hosted about 500 Airbnb bookings in the last several years and this has been their only bad experience, Luke said.
In addition to the house being trashed, Luke said the guests left behind a mess: about 30 joints left partially smoked, liquor bottles, food containers and shattered French doors, which are visible in the video he uploaded to Facebook.
But the couple remains committed to staying Airbnb Superhosts.
"We continue to book the house," Luke said, adding that he's going to be more cautious with local renters and take off the feature that allows people to book without the host's specific approval. The house was being cleaned and serviced right away.
Their next guest arrives on Friday.