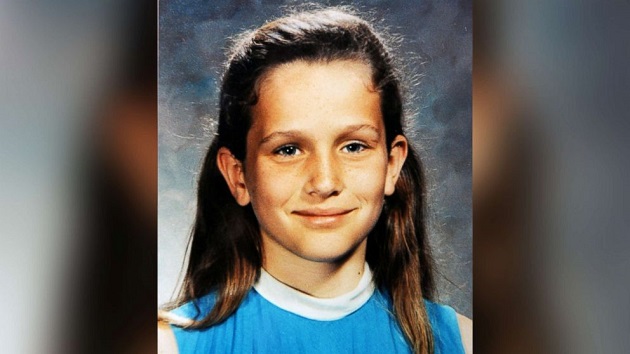 Newport Beach Police(NEWPORT BEACH, Calif.) — Police in Southern California have arrested a suspect in the decades-old murder of 11-year-old Linda Ann O’Keefe, sources told ABC News on Tuesday.
O'Keefe vanished while walking home from school in Newport Beach, California, on July 6, 1973, according to police. Her strangled body was discovered the following day in the Back Bay area, but no suspects were named. A witness told investigators later that she saw Linda standing next to a turquoise van and talking to the driver — a white man in his mid-20s or early 30s.
Sources with knowledge of the investigation told ABC News that police arrested a male suspect in Colorado Springs, Colorado, on Monday in connection with the young girl's murder.
Officials with the Orange County District Attorney’s Office and Newport Beach Police Department said they arrested a suspect in connection with a 1973 Newport Beach cold case murder on Tuesday evening, but did not offer any additional details.
“As the Orange County District Attorney, I am committed to protecting the community. My office will never forget about cold cases," Orange County District Attorney Todd Spitzer said in a statement. "Our hearts go out to the victim and the victim’s family in this case, having to endure decades without answers."
He said the Colorado Springs Police Department had assisted in the investigation, but he did not elaborate on the department's role.
The Newport Beach Police Department announced a lead in O'Keefe's case on July 7, 2018, exactly 45 years after her body was found, offering a new sketch of the suspected killer.
“But now, 45 yrs later, I have a voice again. And I have something important to say," the department tweeted, mimicking O'Keefe's voice. "There is a new lead in my case: a face. A face that comes from DNA that the killer left behind. It’s technology that didn’t exist back in 1973, but it might change everything today."
The department also recreated O'Keefe's abduction and killing in a Twitter stream last year to help the public "relate to the victim on a personal level," Newport Beach police spokeswoman Jennifer Manzella told ABC News in July.

“But now, 45 yrs later, I have a voice again. And I have something important to say. There is a new lead in my case: a face. A face that comes from DNA that the killer left behind. It’s technology that didn’t exist back in 1973, but it might change everything today.” #LindasStory pic.twitter.com/GsZClKFwPj

"We started out at 8 a.m. going to school through to the next morning when her body is found. And people who followed along got to have that experience," Manzella said.
The reaction has been "overwhelming positive," she added, at the time. "Both from people who knew Linda, her classmates, her friends … to people who had never been familiar with her story before."
Authorities have scheduled a press conference to discuss the arrest in Newport Beach on Wednesday morning.
Copyright © 2019, ABC Radio. All rights reserved.