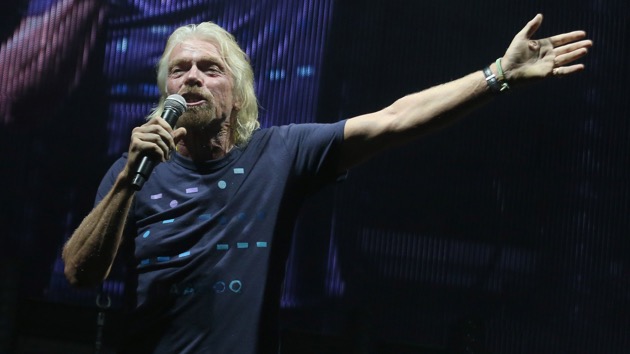 Gary Miller/Getty Images(LONDON) — In one of the strangest twists yet in the current crisis enveloping Venezuela, two rival concerts representing the divide in the international community will take place this weekend on the nation’s Colombian border — one staged by billionaire Richard Branson, the other by an increasingly defiant President Nicolas Maduro.
After philanthropist Branson, a critic of the Maduro regime, announced he was sponsoring a Live Aid-style benefit concert in the Colombian border city of Cucuta on Friday, Feb. 22, Maduro responded by announcing his administration would be hosting its own, two-day concert at the Simón Bolívar International Bridge on Feb. 22 and 23.
Both are set to take place this weekend on the border that is serving as the current flashpoint in the ongoing political crisis in Venezuela.
The opposition leader, Juan Guaido — who has been recognized by the United States as interim president of the country — has denounced Maduro’s refusal to let humanitarian aid enter the country. Maduro, who crucially holds the backing of the military, has consistently said that the aid his government has blocked from entering the country is part of an imperialist plot to bring about regime change.
Branson announced the benefit concert on Feb. 15, saying in a statement that the “humanitarian crisis in Venezuela worsens every day." “Nicolas Maduro’s regime still refuses to accept any humanitarian aid destined for the country’s suffering people,” he added. Around 300,000 people are expected to attend the benefit concert, according to The Guardian.
Branson said all the money raised by the aid concert will be distributed to humanitarian aid organizations.
In response, Venezuela's vice president of communication, tourism and culture, Jorge Rodríguez, announced at a press conference on Monday that the “a large number of Venezuelan artists” had proposed a “great concert for peace." The lineup of artists for the Venezuelan government's concert is yet to be confirmed.
The musician Roger Waters, the former bassist and singer of rock band Pink Floyd, has criticized Branson’s aid concert as being politically motivated.
“It has nothing to do with humanitarian aid at all,” Waters said in a video posted on twitter. “It has to do with Richard Branson… having bought the U.S. saying, ‘We have decided to take over Venezuela.’”
“There is, so far, no civil war, no mayhem, no murderer, no apparent dictatorship,” he added.
Branson has said there is no government involvement in the aid concert and it is purely a humanitarian exercise.
“Richard is helping them to raise awareness of the crisis in Venezuela and raise much-needed funds through this event,” a spokesperson for Virgin, which handles media inquiries for Branson, said in a statement. “This is not a political statement and the U.S. is not involved in any aspect of this.”
Copyright © 2019, ABC Radio. All rights reserved.