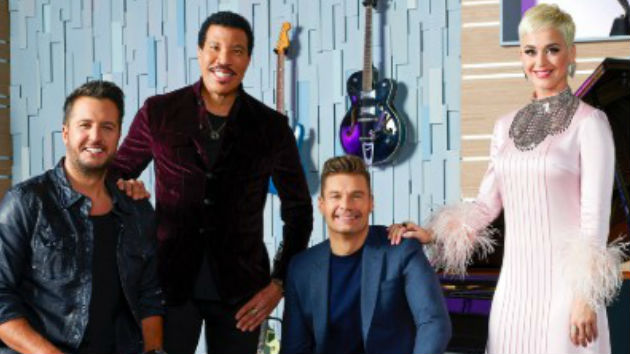 ABC/Craig Sjodin(LOS ANGELES) — ABC isn't missing out on the chance to remind people that the new season of American Idol is right around the corner.

At 4 p.m. ET, before the network starts its Academy Awards coverage this Sunday, viewers can watch the half-hour special American Idol: A New Journey Begins. It features Ryan Seacrest interviewing judges Katy Perry, Luke Bryan and Lionel Richie about the new season of the show, and offers a preview of some of the talent we'll be seeing this year. The three singers will also answer fan questions and reveal "behind-the-scenes secrets."

Then, during the Oscars themselves, viewers will see a musical performance by American Idol hopefuls from the show's premiere episode on March 3. The prospective contestants will be seen singing from a rooftop in "the heart of Hollywood," and Ryan Seacrest will appear as well.

Interestingly, many of the artists you'll see singing on Sunday's Academy Awards have appeared on American Idol in the past, including Bette Midler, Lady Gaga, the rock band Queen and their lead singer Adam Lambert– who was the runner-up on season eight — and, of course, season three standout Jennifer Hudson.