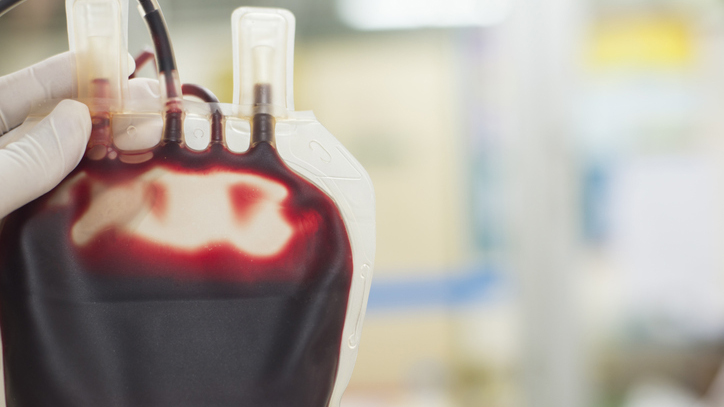 toeytoey2530/iStock(NEW YORK) — It sounds like science fiction, but some companies are promoting the infusion of “young blood” into older people. Now, the Food and Drug Administration has gone on the record saying there is no evidence that these treatments have any effect on signs of aging or diseases, and it is warning people about getting transfusions from companies, calling them "unscrupulous actors."
Start-up companies like Ambrosia have received a lot of attention for promises about the benefits of transfusing plasma from young donors (ages 16-25). It has claimed that the transfusions can combat memory loss from aging, Alzheimer's disease, heart disease, multiple sclerosis and post-traumatic stress disorder.
FDA Commissioner Scott Gottlieb and Peter Marks, director of the FDA’s Center for Biologics Evaluation and Research, said in a press release that they have “significant public health concerns about the promotion and use of plasma” for the aforementioned purposes.
Plasma is the clear, liquid part of blood that moves blood cells around the body. It is rich in proteins that help clot blood and fight infection. Currently, plasma transfusions are used in serious medical situations, such as traumas and bleeding disorders, but even in these cases, a transfusion carries the risk of complications, most notably new infections, allergic reactions, and lung injuries.
"There is no proven clinical benefit of infusion of plasma from young donors to cure, mitigate, treat, or prevent these conditions, and there are risks associated with the use of any plasma product," they said in their statement.
Despite possible adverse reactions to another person’s plasma, Ambrosia, specifically, allowed people to purchase one unit of plasma for $8,000 directly from its homepage, without even going through a medical assessment or examination. The company noted that “checks and money wires are accepted” and “laboratory fees may be extra.” This service has since been removed after the FDA statement was released on Feb. 19.
Ambrosia did not respond to ABC News' request for comment on Tuesday.
The FDA statement says there is no clinical evidence that infusions of young plasma are effective and there are no official regulations on dosing, frequency or recommended monitoring associated with the transfusion.
"Today, we’re alerting consumers and health care providers that treatments using plasma from young donors have not gone through the rigorous testing that the FDA normally requires in order to confirm the therapeutic benefit of a product and to ensure its safety,” the statement said. “As a result, the reported uses of these products should not be assumed to be safe or effective. We strongly discourage consumers from pursuing this therapy outside of clinical trials under appropriate institutional review board and regulatory oversight."
"Simply put, we’re concerned that some patients are being preyed upon by unscrupulous actors touting treatments of plasma from young donors as cures and remedies,” the statement continued. “Such treatments have no proven clinical benefits for the uses for which these clinics are advertising them and are potentially harmful. There are reports of bad actors charging thousands of dollars for infusions that are unproven and not guided by evidence from adequate and well-controlled trials."