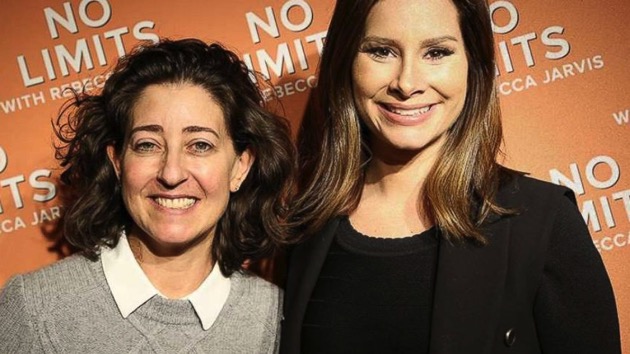 ABC News(NEW YORK) — Claude Silver became the first Chief Heart Officer of VaynerMedia in 2014 — think CEO or CFO, but for human resources. Silver helped invent the term in hopes of giving employees a new way of looking at HR.
"It's really the branding of HR and how we've chosen to rebrand, but it just makes so much sense, it's people, it's heart," Silver told ABC News' Rebecca Jarvis on episode #124 of "No Limits with Rebecca Jarvis."
Serving as CHO, Silver acts as Gary Vaynerchuk’s right hand while managing 900 employees. As Silver navigates how to provide advice and feedback to Vayner employees, she admits that the act of finding and asking someone to mentor you is a challenging one, a problem she hopes to somewhat alleviate at the company.
"I think even putting yourself in that position — which, by the way, is such an empowering position — but it can be extremely daunting," Silver said. "It takes a risk to say, 'Gosh I really look up to that person, I like what he or she is about, I'm going to ask.'"
As Silver aspires to be that mentor for Vayner employees, she describes herself as being most comfortable while coaching, which could be why HR seems to be a natural fit for her.
Even so, her path wasn’t always so clear-cut, and her career took several twists and turns before she was able to find her niche.
"I started out teaching ropes courses and Outward Bound courses, outdoor education, which is something that came really naturally to me," Silver said of the early days of her career. "And then I found myself in this wide world of marketing and advertising. I was training to be a social worker and getting my MSW and literally took a left turn and there I was in this world of the Internet dotcom 1998 pre-Google, pre-Facebook."
What she describes as a "ghost-townish" Silicon Valley at the time has transformed into a bubble of tech startups worth millions — if not billions — of dollars.
Silver was working at J. Walter Thompson advertising agency in the Valley before moving to work in their London office and eventually moving back to the U.S. for Vayner. Having worked at age-old institutions as well as start-ups, Silver has some opinions on what's to come for the future of the industry.
"The startup mentality is amazing because it allows for risks and it allows for failing and it allows for standing back up and learning from those mistakes," Silver said, comparing it to older, more traditional institutions. "I think that it's very safe. The education that you get there is rigor, whereas at more of a startup vibe agency we're teaching life skills, which is very different."
And when it comes to everyday tasks and what she hopes to accomplish at Vayner, Silver has one goal in mind: to make her boss’s job easier.
"I always, always want to make my boss's job easier for them, and in fact put myself out of a job, because that's how I know that I've done it well, I'm ready to graduate. I feel recognized or accomplished or fulfilled and the people under me hopefully have learned and they're ready to step up," she said.
Hear more from VaynerMedia CHO Claude Silver on episode #124 of "No Limits with Rebecca Jarvis."
Copyright © 2019, ABC Radio. All rights reserved.