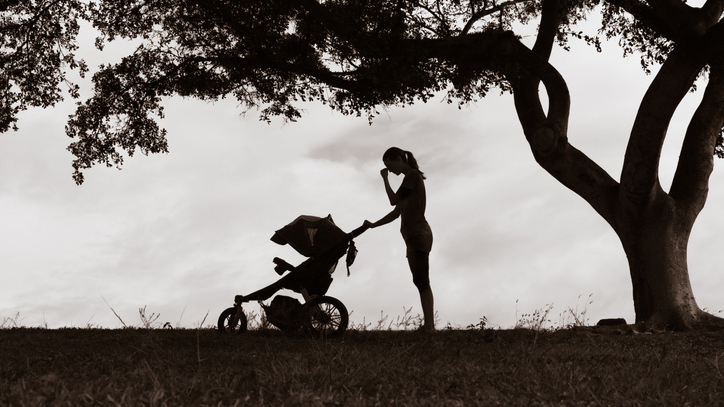 kieferpix/iStock(NEW YORK) — Perinatal depression – which affects women during pregnancy and up to a year after delivery – can be prevented with counseling, according to a new report.
The report from the U.S. Preventive Services Task Force (USPSTF) is a hopeful sign for women, one in seven of whom are affected by perinatal depression. Despite major medical organizations recommending screening for it over the past several years, half of all women in the U.S. remain undiagnosed and untreated, studies show.
The task force found that women who are at risk for depression (those with socioeconomic risk factors, a history of depression or current depressive symptoms) are most likely to benefit from counseling interventions, specifically cognitive behavioral therapy and interpersonal therapy.
Cognitive behavioral therapy (CBT) focuses on changing negative thinking patterns and changing behavioral patterns, according to the American Psychological Association (APA). Interpersonal therapy (IPT) works to improve relationships and social functioning through techniques like role-playing to help reduce distress.
The USPSTF found those two forms of counseling were more effective than other options for women like physical activity, dietary supplements and medicine. The counseling sessions could be done either one-on-one or in group settings.
The USPSTF’s report comes just two months after the American Academy of Pediatrics (AAP) issued a call for increased screenings of women for perinatal depression.
The AAP now recommends doctors screen mothers for depression once during pregnancy and again at each of their baby's 1, 2, 4 and 6-month checkups. The organization also encourages pediatricians to identify community resources that can help mothers who screen positive for the condition.
Symptoms of perinatal depression include “loss of interest and energy, depressed mood, fluctuations in sleep or eating patterns, reduced ability to think or concentrate, feelings of worthlessness, and recurrent suicidal ideation,” according to the USPSTF.
Symptoms must be present for at least two weeks for the diagnosis. The task force stressed that receiving a diagnosis of perinatal depression is not the same as suffering from "baby blues," or feelings of fatigue, crying and irritability that usually goes away 10 days or less after delivery.
Moms may want to keep a written diary or even document symptoms in a calendar on their smartphone so that they can discuss them with their doctor. Having a journal of how a patient is feeling helps with the diagnosis, experts say.
The task force singled out two counseling programs for women in its findings: the Mothers and Babies Program, which offers a cognitive behavioral therapy approach, and the Reach Out, Stand Strong, Essentials for New Mothers (ROSE) program, which offers an interpersonal therapy approach.

Coronavirus live updates: COVID-19 cases among US children surge 13%, new report says
Report: Dominic West in talks to play Prince Charles on final seasons of ‘The Crown’
“It was a disaster”: Emma Roberts on her mom accidentally revealing her pregnancy
Coronavirus updates: CDC now ‘strongly recommends’ masks on airplanes, public transportation
Aaron Sorkin explains why ‘The Trial of the Chicago 7’ became more relevant “in the most chilling ways”
FDA’s warning to pregnant women: Pain medication in 2nd half of pregnancy could lead to complications