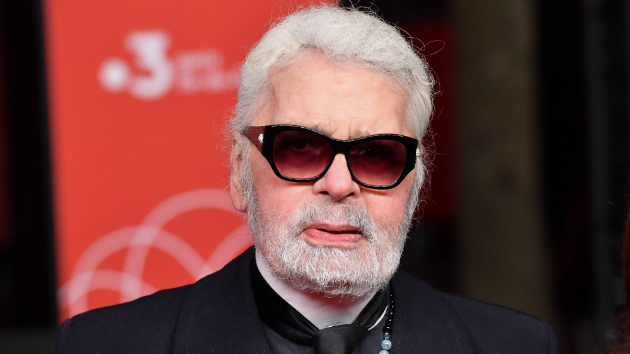 Stephane Cardinale – Corbis/Corbis via Getty Images(PARIS) — World-renowned fashion designer Karl Lagerfeld died in Paris on Tuesday morning, according to French media.
The German-born designer is credited with reviving the luxury brand Chanel, where he served as creative director from 1983 until his death.
He was also widely recognized for his trademark look of bright white hair, sunglasses and fingerless gloves wherever he went.
Though his exact age is unknown, he is believed to have been 85 years old.
Chanel did not immediately respond to ABC News' request for comment.
Copyright © 2019, ABC Radio. All rights reserved.