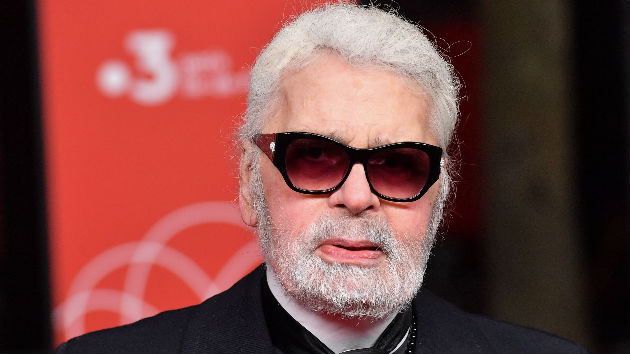 Photo by Stephane Cardinale – Corbis/Corbis via Getty Images(PARIS) — Karl Lagerfeld has died. Considered by many to be the most prolific designer of the 20th and 21st centuries — at the same time a self-described "caricature" and the groundbreaking creative force behind luxury fashion labels Chanel and Fendi for decades — would have been 85 in September.

The outspoken designer, who also created his own eponymous fashion label, was as famous for look — pitch-black shades, starched white shirts, black jeans and white ponytail — as for his contributions to the runway world.

On Tuesday morning, twitter feed showed a picture of the designer, who dressed celebrities like Princess Diana, Oscar winners like Nicole Kidman and Cate Blanchett and Madonna, along with the memorial caption, "Rest in peace, Karl. Love forever from your TeamKarl family."