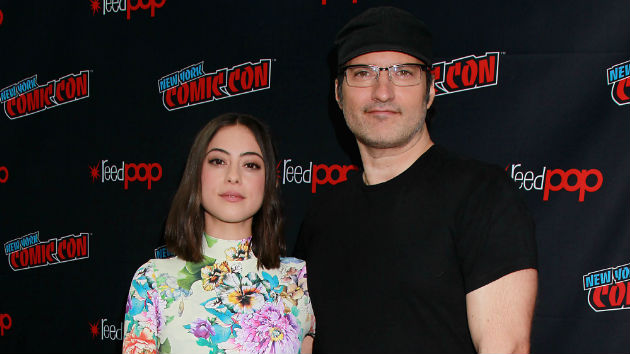 (L-R) "Alita" star Rosa Salazar, director Robert Rodriguez/Courtesy 20th Century Fox(NEW YORK) — Director Robert Rodriguez got his start literally bleeding for his art, undergoing medical tests to raise the $6,000 to make his debut film, the action movie El Mariachi. But when director James Cameron approached Rodriguez to take over for him on his pet project Alita: Battle Angel, the guy who once described himself as "El Cheapo Productions" found himself overseeing a $200 million project.

Regardless of the budget, Rodriguez told ABC Radio he's always had one goal: "Keep that spirit, that independent spirit no matter what you do."

He said of Cameron, who got his start as a special effects guy on low-budget horror films, "Jim's from that world, you know…scrappy do-it-yourself. And that's why he knows every job [on a movie set] so well."

"I had the support team that you could only dream about because it's the guys that they've vetted and worked with for all these years on cutting-edge technology and cutting-edge movies," he told ABC Radio.

"And it's always…story first, character first. It's got the heart and mind in the right place, so I was blessed to be in the right situation."

Based on the beloved graphic novel series, the sci-fi film is currently the number one movie in America.

Alita: Battle Angel has made $94.3 million worldwide since its release last week.