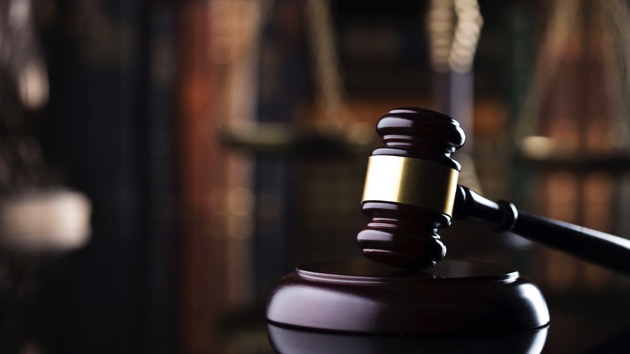 Zolnierek/iStock(CHARLOTTESVILLE, Va.) — Bankruptcy is no shield for a white nationalist targeted in a lawsuit concerning the 2017 violence in Charlottesville, Va., according to a recent ruling from a federal judge — and Twitter and other online platforms can't be blocked from subpoenas, another ruling announced.
Nathan Damigo, one of the organizers of the Unite the Right rally in Charlottesville, filed for bankruptcy protection to protect his assets from a civil lawsuit, which is moving toward trial this summer.
The suit was filed by 10 plaintiffs from Charlottesville who said they were injured by the same car attack that left counterdemonstrator Heather Heyer dead.
The plaintiffs can "proceed with litigation" against Damigo, federal bankruptcy court judge Ronald Sargis wrote last week.
In a separate ruling filed on Tuesday, Judge Norman K. Moon of the Western District of Virginia denied a request from Michael "Enoch" Peinovich, a white nationalist podcast host, to block subpoenas to Twitter, GoDaddy.com, Cloudflare and Hatreon to "gather evidence related to Defendants' and their co-conspirators' coordination of and planning for racially-motivated violence" related to the Charlottesville rally, as the subpoenas detailed.
GoDaddy.com and Cloudflare are web services companies that allegedly "provided services" to defendants and Hatreon is a crowd-funding site "allegedly used to raise money for bail following one defendant’s arrest in Charlottesville," according to the ruling.
"As our plaintiffs argued, Nathan Damigo should be held accountable — and remain liable — for the harm he caused in Charlottesville. We’re glad the court agreed,” Amy Spitalnick, executive director of Integrity First America, the nonprofit organization backing the lawsuit against Damigo, Peinovich, Richard Spencer and organizations like the Loyal White Knights of the Ku Klux Klan, said in a statement to ABC News.
The lawsuit accused the defendants of an unlawful conspiracy and sought damages for the violence in Charlottesville over two days in August 2017.
"It's going to be very clear what the defendants planned for, foresaw and executed," Karen Dunn of Boies Schiller Flexner, one of the high-profile attorneys representing the plaintiffs, told ABC News.
In November, the judge allowed the plaintiffs access to the defendants' electronic devices, and Dunn claimed there is evidence of premeditated harm.
"There's discussion of vehicles into crowds of people and how to defend that legally afterwards," Dunn said.
The case was brought under the Ku Klux Klan Act of 1871 that was meant to protect the civil and political rights of millions of freed slaves from vigilante groups during Reconstruction.
"This lawsuit is not seeking to prevent them from speaking or believing anything that they want," Robbie Kaplan of Kaplan Hecker & Fink LLP, who is representing the plaintiffs and is known for winning the landmark Supreme Court case that laid the groundwork for marriage equality, told ABC News. "While their views are odious to us, they are not the issue. The issue is, motivated by those views, that they agreed to engage in an illegal conspiracy to commit violence."
The defense has said the lawsuit lacks specifics.
"Plaintiffs complaint is long on coarse internet language regarding non-whites and short on allegations of racial violence perpetrated by any moving defendant," defense attorneys said in a motion to dismiss that was later denied.
They also said the plaintiffs failed to demonstrate a conspiracy.
"Plaintiffs have failed to make any credible allegation that any moving defendant came to any agreement with anybody, to do anything, other than march and chant in Charlottesville," defense attorneys said in a filing.
Despite those arguments, the judge recently ruled the lawsuit can proceed. Trial is scheduled for July.
"The larger statement here is going to be, we hope, that our American system of justice protects and defends our values and stands against those who do things that are contrary to our values," Dunn told ABC News.
Aside from damages the plaintiffs aimed to "ensure that nothing like this will happen again at the hands of the defendants," the lawsuit said.
"Certainly we want to hold these guys to account," Kaplan told ABC News. "But the legal system in our country also serves another purpose and that is to send a message."
Copyright © 2019, ABC Radio. All rights reserved.