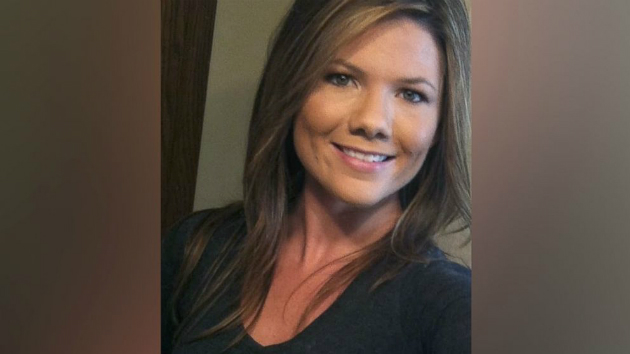 Woodland Park Police Department(WOODLAND PARK, Colo.) — Prosecutors on Tuesday revealed new details — including blood and an alleged poisoned coffee plot — in the case against Patrick Frazee, the Colorado man accused of killing his fiancé and the mother of his baby.
Kelsey Berreth, 29, vanished on Nov. 22, 2018, near her Woodland Park, Colorado, home. Her purse, phone and keys went missing, but no other personal items were gone, prosecutors said Tuesday.
Her body has still not been found.
Frazee's ex-girlfriend, Krystal Lee, said Frazee asked her last fall if she would poison Berreth's favorite Starbucks drink. Frazee claimed Berreth should die because she was an abusive mother, Colorado Bureau of Investigation agent Gregg Slater said Tuesday as he testified for the prosecution at Frazee's preliminary hearing.
Frazee and Lee discussed potential drugs that were easy to access because Lee was a nurse, according to Slater.
Lee said she bought a drink and gave it to Berreth, portraying herself as a new neighbor, but she did not put anything in the drink, Slater said.
Frazee, 32, who was arrested in December for murder and solicitation to commit murder, has not entered a plea.
On Dec. 6, two weeks after the disappearance, Berreth's mother found blood in her daughter's bathroom and noticed a missing bathmat, Slater said.
Investigators did a luminol test (which detects blood) and found Berreth's blood DNA profile in her bathroom, including on the toilet, trash can, floor, wall, door, town rack and part of the vanity, Slater said.
Frazee's attorney, however, noted that the blood was found in Berreth's home by her own family days after cadaver dogs and police investigated the scene.
Surveillance and phone evidence were also presented on Tuesday.
Cameras from Berreth's neighbor showed Berreth, Frazee and their baby at Berreth's front door on Nov. 22, the day she disappeared, said Christopher Adams of the Woodland Park Police Department, who was called by prosecutors at the preliminary hearing.
Frazee was seen also seen on surveillance video that day at a Woodland Park credit union drive through, Adams said. A baby carrier was visible in the car passenger seat and a black tote was in the back of the truck bed, Adams said. Prosecutors asked if that tote would play a significant role in what happened to Berreth, and Adams said yes.
Prosecutors want Frazee's mother to testify because they believe she witnessed Frazee destroy that bag.
On Nov. 22, Berreth and Frazee's phones pinged off a tower serving Berreth's home, Adams testified.
The next morning, Frazee called Berreth's phone. At that time both phones pinged off the tower by Frazee's home, indicating the phones were together, Adams told the court.
Frazee's attorney, Adam Steigerwald, attacked the phone evidence, asking how many cellphone towers were in the area.
Steigerwald also stressed that there were hundreds of tips about sightings of Berreth.
Lee, the former girlfriend, admitted in court this month to moving Berreth's phone.
Lee's phone records showed her in Colorado on Nov. 24, Adams said Tuesday. On Nov. 25 Berreth's phone traveled west, eventually reaching Idaho, where Lee lives. Records indicate Lee's phone was traveling with Berreth's phone, Adams testified.
Lee pleaded guilty to one count of tampering with physical evidence.
A judge has granted temporary custody of Frazee and Berreth's 1-year-old daughter to Berreth's parents, Cheryl and Darrell Berreth. The couple filed a wrongful death lawsuit against Frazee.
Copyright © 2019, ABC Radio. All rights reserved.

Disney California Adventure Park details ‘A Touch of Disney’ experience opening March 18
Texas doctor discusses firing over alleged COVID-19 vaccine theft: ‘I did what I believe was expected’
Ahmaud Arbery’s mother files federal lawsuit against 3 men accused of killing son
Inmate allegedly stabs corrections officers, killing one and injuring another
Cloris Leachman’s cause of death revealed
FKA Twigs explains why she’s speaking out about alleged abuse: “It can happen to anyone”