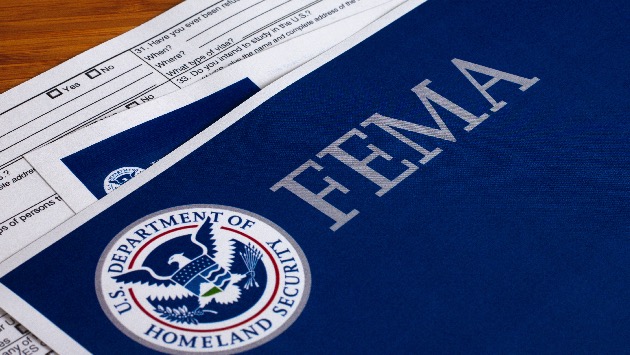 danielfela/iStock(CHARLESTON, W. Va.) — The West Virginia woman who grabbed national headlines in 2016 for calling Michelle Obama an "ape" has pleaded guilty to embezzling thousands of dollars in federal disaster relief.
Pamela Taylor, 57, admitted to authorities last week that she falsely registered for Federal Emergency Management Agency (FEMA) disaster benefits after a deadly 1,000-year flood event in Clay County, West Virginia, in June 2016. Taylor had claimed that her primary residence was damaged by the floodwaters and that she was forced to stay in a rental property.
But Taylor's home was actually not damaged and she still lived there. She received more than $18,000 in FEMA benefits after submitting the fraudulent application, according to a press release from the United States Attorney's Office for the Southern District of West Virginia.
"The flood was a natural disaster. Stealing from FEMA is a man-made disaster," U.S. Attorney Mike Stuart said in a statement last Wednesday. "FEMA dollars are critical but limited. Stealing critical FEMA dollars is a crime –- literally and figuratively. Taylor’s fraud scheme diverted disaster benefits from our most desperate and vulnerable, those most in need of help."
During her plea agreement hearing last Tuesday, Taylor agreed to pay restitution of $18,149.04. She is scheduled to be sentenced on May 30. She faces up to 30 years behind bars and a fine of up to $500,000.
"Taking advantage of federal funds intended for disaster relief misappropriates taxpayer dollars, reduces monies available to true victims and erodes public confidence in relief programs," Mark Tasky, special agent-in-charge of the U.S. Department of Homeland Security's Office of Inspector General, said in a statement last Wednesday. "The defendant knowingly submitted a fraudulent application for disaster relief, in order to enrich herself and divert critical funds away from true disaster victims."
An attorney for Taylor did not immediately respond to ABC News' request for comment Monday.
Taylor was placed on leave from her position as director of the Clay County Development Corporation in November 2016 after posting a controversial comment about then-first lady Michelle Obama on social media.
"It will be refreshing to have a classy, beautiful, dignified First Lady in the White House. I'm tired of seeing a Ape in heels," Taylor wrote on Facebook after Election Day.
Clay County Mayor Beverly Whaling liked Taylor's Facebook post and commented, "Just made my day Pam."
Both women apologized publicly, and Whaling subsequently submitted a letter announcing her resignation, according to ABC affiliate WCHS in Charleston, W. Va.
Copyright © 2019, ABC Radio. All rights reserved.