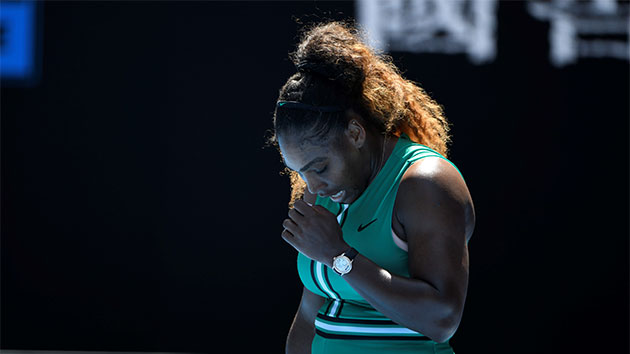 Recep Sakar/Anadolu Agency/Getty Images(NEW YORK ) — Serena Williams is back in the top ten of the World Tennis Association rankings for the first time since giving birth in September 2017.
Williams dropped as low as 491st when she returned played in March 2018.
She is now ranked tenth in the world after making two Grand Slam finals in the past year, losing at Wimbledon and at the US Open.
The 23-time Grand Slam winner has not played since her quarterfinal loss to Karolina Pliskova at last months Australian Open.
Naomi Osaka, who beat Williams at the US Open and won the Australian Open, remains number one. Simona Halep and American Sloane Stephens each moved up a spot to second and third. Petra Kvitova dropped to fourth in the rankings.
Copyright © 2019, ABC Radio. All rights reserved.