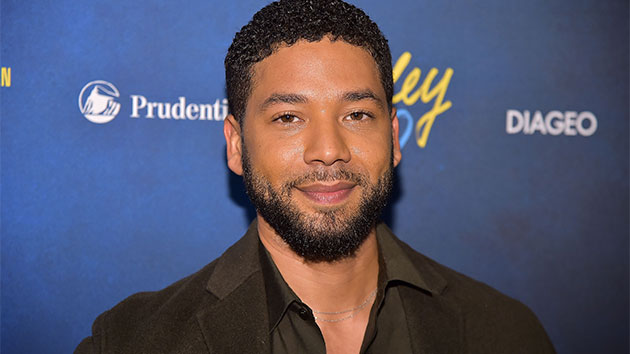 While we are not in a position to confirm, deny or comment on the validity of what's been unofficially released, there are some developments in this investigation and detectives have some follow-ups to complete which include speaking to the individual who reported the incident. pic.twitter.com/b9GgXbSUt9

By Saturday evening, however, Chicago police said they were "eager to speak to Jussie Smollett" after the interrogation of the Osundairo brothers, who police said are U.S. citizens of Nigerian descent.

"We have been in touch with Smollett's attorneys," Chicago Police spokesman Anthony Guglielmi told ABC News Sunday afternoon, adding that investigators "are waiting on whether they’re going to get a response from his attorney.”

"We made our intentions clear," he said.

On Sunday afternoon, Guglielmi posted a statement on Twitter, saying, "While we are not in a position to confirm, deny or comment on the validity of what's been unofficially released, there are some developments in this investigation and detectives have some follow-ups to complete which include speaking to the individual who reported the incident."

A spokesperson for Fox, which broadcasts "Empire," declined comment on Saturday night.

Early Saturday, after the brothers were released, police said they had new information that “could change the story entirely.”

Police confirmed that Olabinjo and Abimbola Osundairo were the two men seen in surveillance images from the night of the alleged incident. They were taken into custody on Wednesday night and interviewed by detectives in the following days.

Based on the video evidence that police discovered, it did not indicate anyone else was there at the scene of the alleged incident, police said.

But on Saturday, after their release the night before, police said the brothers were no longer potential suspects and again persons of interest, saying that they may still have information that is helpful to the investigation.

Smollett told police that on Jan. 29, he was walking on a street near his apartment when he was attacked by two men. The attackers allegedly shouted racist and homophobic slurs before hitting him, pouring “an unknown chemical substance” on him — possibly bleach — and wrapping a rope around his neck, he told detectives.

Police confirmed phone records show that during the attack, Smollett was on the phone with Brandon Moore, his music manager. Both claimed that the alleged attackers yelled "MAGA country."

While Guglielmi said on Saturday that he could not speak on what the new information was, he said that detectives had “shifted the trajectory” of the investigation. Though he did not say whether Smollett spoke to the men that night — one of them had previously appeared on “Empire” — he said it will also be central to the investigation whether they spoke to or saw Smollett.

Police raided the home of the Osundairo brothers Wednesday night to search for possible evidence and retrieved shoes, electronic devices, bleach and a red hat, among other items, according to photos of an inventory log confirmed to ABC News. The inventory log, first reported by a local CBS station, also contained a description for an item that said "Script-Empire."

It’s unclear whether forensic results have come back on any of the seized items on the inventory log.