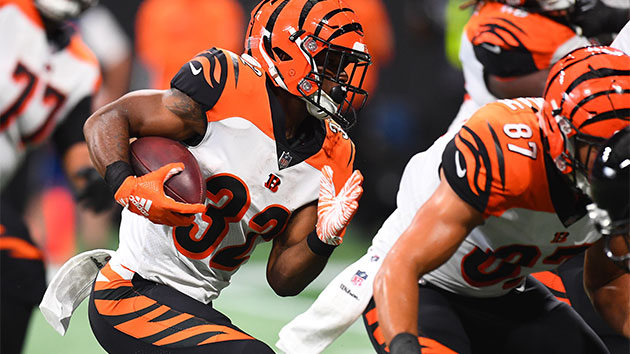 Scott Cunningham/Getty Images(MIAMI) — Cincinnati Bengals running back Mark Walton is facing a battery charge after he got into an argument with a couple in Miami.

The Miami-Herald reports Watson posted bond and was released from a Miami-Dade County Jail.

According to police, Walton's car was blocking the entrance to the parking garage at his condo building and an argument started when a couple in another car asked him to move his car.

Walton became angry when a woman in the car began filming the incident and allegedly grabbed the phone from her.

Both Walton and the woman suffered scratches following the incident, according the police.

The 21-year old played at the University of Miami and was drafted in the fourth round by the Bengals last year.

Walton appeared in just six games in his rookie season and rushed for 34 yards on 14 carries.