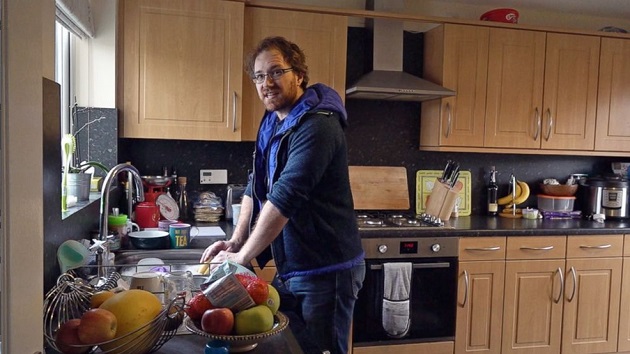 ABC News(LONDON) — Britain is due to leave the European Union on March 29, but with less than two months to go, the country’s future is more uncertain than ever. Lawmakers have been unable to agree on the terms of Brexit, and there are growing fears that the U.K. could leave the E.U. without a deal, which many experts and business leaders say could have disastrous economic consequences. In such a confusing and chaotic political landscape, a growing number of people in the U.K. are taking matters into their own hands by becoming Brexit “preppers” — stockpiling foods and medicines in their own homes in case of the hardship of a “no-deal Brexit.”
Graham Hughes, a travel writer based in northeast England, began stockpiling last summer as it became increasingly clear that politicians seemed no closer to finding a solution to the Brexit problems.
“I started stockpiling last summer, because it was getting to the point where the government still didn’t seem to know what it was playing at and how things were going to unfold,” he told ABC News. “And we are an island nation, we are completely reliant on food coming in.”
Graham is a Guinness World Record holder for visiting every country in the world without using a plane. He has a degree in politics and is not a naturally cautious person, he said. But Graham has now amassed at least a few months supply of canned foods, hygienic products and ordinary medicines.
As news reports regularly come out warning of the impact of a no-deal Brexit, he felt it was necessary to begin stockpiling extra food with his partner and her two children.
The BBC reported last month that pharmacists are struggling to obtain many common medicines. Farming leaders told the government a “no-deal” would be “catastrophic” for U.K. food supplies, according to The Guardian. The Times also reported that officials are considering plans to declare a state of emergency and introduce martial law in the event of “no-deal" last month.
“It’s painful. And for a government to do this it’s cruel,” Hughes said. “To say to every company in the United Kingdom, every individual, 'Do you know what, in two months’ time we don’t know what’s going to happen, but we’re hoping for the best.' That’s just not good enough.”
Graham is not alone in having these concerns. Others gather online in a small but growing Facebook group named 48% Peppers. Its membership has doubled in size over the past 30 days to 10,000 people, as the Brexit deadline looms ever closer. The "48%" refers to the percentage of the British population that voted to remain in the European Union in 2016.
While Graham said that he has “never wanted to be so wrong” in his life, he is above all acting out of concern for his family.
“Never before in my lifetime have we been in a situation where we’ve had to do this kind of thing,” he said. “Where we’ve had to take steps to make sure my family has enough food. My dad has enough medicine. It’s a very strange feeling.”