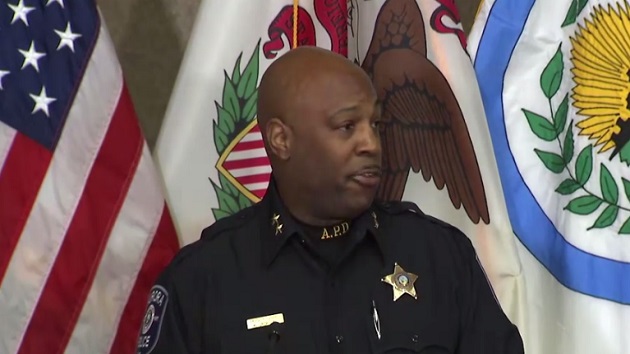 ABC News(AURORA, Illinois) — A "disgruntled" worker of an Illinois factory opened fire after being called into a meeting to terminate his employment, killing five co-workers and wounding five police officers before he was shot dead in a gunfight, officials said Saturday.
Aurora Police Chief Kristen Ziman said the suspect, Gary Martin, 45, committed Friday's massacre at the sprawling Henry Pratt Company in Aurora with a .40-caliber Smith & Wesson handgun he should have never been able to possess because of 1995 felony conviction.