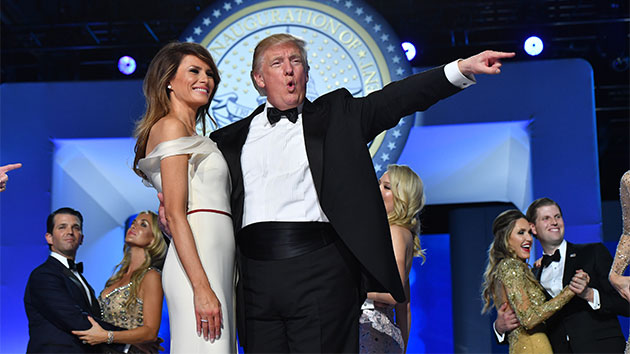 Kevin Dietsch – Pool/Getty Images(NEW YORK) — The committee that put together President Donald Trump’s inauguration celebrations has now received a second subpoena as questions grow about the fundraising and expenditures around the most lucrative inauguration in the nation’s history.

Lawyers for the president’s inauguration received a civil subpoena from the New Jersey State Attorney General’s office within the last few days, according to sources familiar with the matter.

This marks the second subpoena the committee has received; just a few weeks ago the committee was contacted by federal prosecutors in New York’s Southern District seeking documents and records related to the inaugural committee’s activities including fundraising and spending activity for the $107 million dollars raised – the largest for any inaugural in history.

The contact made by the New Jersey State attorney general’s office is a civil matter which could potentially lead to a civil lawsuit, but it is not a criminal investigation. It is also being led by state prosecutors, unlike the New York probe which is being led by federal investigators.

The probe in New York is a criminal matter.

“The PIC [Presidential Inauguration Committee] is in receipt of an Administrative Action Subpoena issued by the Attorney General of New Jersey, who is conducting through his Consumer Protection Division a civil inquiry related to the PIC. The PIC is in contact with staff regarding the inquiry,” a committee spokesperson confirmed to ABC News in a statement Friday.

A spokesperson for the attorney general’s office declined to comment.

The first subpoena from the Southern District, which came from its public corruption section earlier this month, seeks documents and records related to the committee's donors to the massive inauguration fund, according to sources familiar with the request.

Prosecutors also are seeking information on attendees to the events surrounding the inauguration, including benefits to top-level donors such as photo opportunities with Trump, sources said.

Recently, internal documents obtained by ABC News showed the committee spent more than $1.5 million at the Trump International Hotel in Washington ahead of the president's 2017 swearing-in. It's part of an array of expenditures there and elsewhere that included more than $130,000 for customized seat cushions at two gala dinners for the president-elect, $10,000 to provide makeup to the servers at another formal dinner, and $2.7 million to a company that produced a Broadway-style rendition of Frank Sinatra's "New York, New York" using Las Vegas showgirls flown in by Trump pal Steve Wynn for a private event.