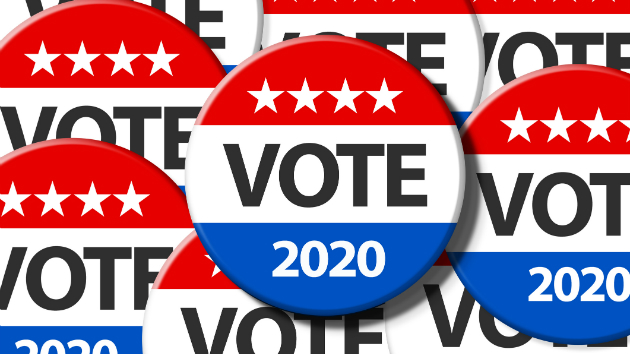 ANNECORDON/iStock(WASHINGTON) — Though a large number of the 2020 presidential election-related headlines continue to focus on the questions that surround major names like former Vice President Joe Biden, Sen. Sherrod Brown and former Rep. Beto O'Rourke, those who have already declared their candidacies or launched exploratory committees are beginning to receive more substantive inquiries on their platforms and positions on the debates dominating Washington's attention.
While Democrats are generally unified on immigration — denouncing President Donald Trump's proposed border wall and arguing that the money could be better spent elsewhere — fractures are forming around Medicare-for-all proposals and the "Green New Deal."

The two progressive favorites have faced some pushback from the field's centrists who believe that their aims could be achieved alongside private insurance or in a more incremental fashion, respectively.
Here's the weekly candidate roundup:
Feb. 8-14, 2019
Stacey Abrams (D)
Abrams is visiting Washington on Friday where she will deliver a speech at the Democratic National Committee's Winter Meeting and participate in a discussion about race and political power in the United States at the Brookings Institution.
Michael Bennet (D)
The Colorado senator hinted at a presidential run during an appearance on NBC's Meet the Press Sunday.

"We've got a million people that are going to run, which I think is great," he said, adding, "I think having one more voice in that conversation that's focused on America's future, I don't think would hurt."
Bennet discussed his diverse professional background as one of the ways he was different than the field's current candidates, explaining that he had a "different set of experiences than the other folks in the race," citing his time in business and as Denver Public Schools superintendent.
On policy, he joined many Democrats in supporting a health care public option, but broke from Sen. Kamala Harris in saying that such a plan did not necessarily mean that private insurance should be eliminated.

Joe Biden (D)
The Washington Post reported Thursday that Biden is still undecided about a presidential campaign, noting that he originally intended to decide by the end of 2018 but that the self-imposed deadline continues to be pushed back.
On Wednesday, CNBC wrote that Biden is signaling to several Democratic donors that he is leaning toward joining the presidential field but that his decision is not yet final.
The former vice president eulogized the late Rep. John Dingell on Tuesday, saying that the long-time Michigan congressman was one of only a few people he "looked up to."
"He gave me confidence. He made me believe more in myself more than I had," Biden said. "John had that special capacity to do so. Because when you are with him, you knew you were with greatness."

Elizabeth Warren (D)
Sen. Warren officially jumped into the 2020 race, announcing her candidacy for president at a rally in Lawrence, Massachusetts, last Saturday.
Before a crowd of 3,500 supporters packed into Everett Mills — the site of one of the most famous labor strikes that catalyzed massive changes to labor rules — Warren said, "Millions and millions and millions of American families are also struggling to survive in a system that has been rigged by the wealthy and the well-connected. Hard-working people are up against a small group that holds far too much power … Like the women of Lawrence, we are here to say enough is enough!"
"The fight to build an America where dreams are possible, an America that works for everyone. I am in that fight all the way," she continued.
Warren took the stage to Dolly Parton's "9 to 5," before making her official announcement and kicking off a seven-state tour through several early voting states. She made her debut as a presidential candidate in Dover, New Hampshire, before heading to Iowa on Sunday. She continues on to South Carolina, Georgia, Nevada and California this weekend.
Bill Weld (R)
Weld, the former governor of Massachusetts and 2016 Libertarian vice presidential candidate, is attending a New Hampshire Institute of Politics "Politics and Eggs" event on Friday.
WMUR-TV reported Wednesday that Weld's remarks at the event will include a "substantial move towards a challenge to President Trump," citing Republican sources. Weld recently re-registered in Massachusetts as a member of the Republican party.

Marianne Williamson (D)
Williamson, a popular self-help author and one-time congressional candidate, was profiled by ABC News' Nightline this week, where she explained her desire to get into the presidential race, despite her lack of political experience.
"I think what we need in the White House is more a visionary than just a political mechanic," she said. "America is morally off course … More than anything else in America today, we need a moral and spiritual awakening."
"We need an awakening of American minds," Williamson added. "Show me any traditional politician who's had a 35-year career at that kind of awakening. That's a skill set. That's experience. That's expertise. And I believe it is a qualification that would — you would do very well to put in the White House."

Andrew Yang (D)
Yang is spending his own money to demonstrate his proposed "Freedom Dividend," a form of universal basic income that would pay all Americans 18 years or older $1,000 per month. One family each in Iowa and New Hampshire are already receiving $1,000 per month from the entrepreneur, according to CBS News.
Copyright © 2019, ABC Radio. All rights reserved.