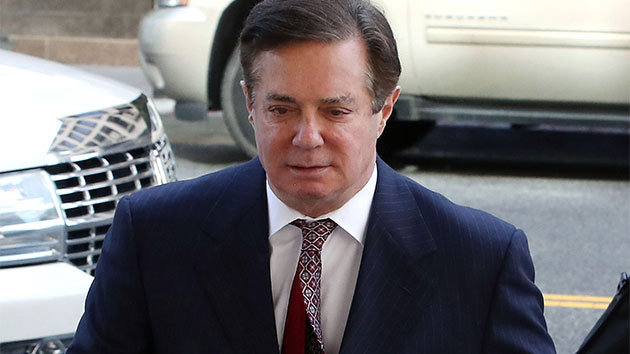 “The government agrees with the guidelines analysis in the Presentence Investigation Report … and its calculation of the defendant’s Total Offense Level as 38 with a corresponding range of imprisonment of 235 to 293 months, a fine range of $50,000 to $24,371,497.74, a term of supervised release of up to five years, restitution in the amount of $24,815,108.74, and forfeiture in the amount of $4,412,500,” the special counsel’s office wrote in a sentencing memorandum filed Friday night.

A presentence investigation report (PSR) is prepared by the court’s probation department in advance of sentencing meant to assist a judge in fashioning an appropriate sentence.

Special counsel prosecutors refrain from taking a position of their own on Manafort’s sentencing, but call his crimes “serious, longstanding, and bold,” adding that, at 69 years old, “Manafort’s age does not eliminate the risk of recidivism he poses.”

“Manafort acted for more than a decade as if he were above the law, and deprived the federal government and various financial institutions of millions of dollars,” prosecutors wrote. “The sentence here should reflect the seriousness of these crimes, and serve to both deter Manafort and others from engaging in such conduct.”

A Virginia jury found Manafort, a veteran political operative and lobbyist, guilty on eight counts of tax and fraud crimes in August and was unable to reach a verdict on ten additional counts.

His sentencing in Virginia was initially scheduled for February 8, but U.S. Judge T.S. Ellis postponed it pending the resolution of a dispute about Manafort’s plea agreement with prosecutors in Washington, DC.

Manafort signed on to a plea deal in November with the special counsel’s office which allowed him to plead guilty to two counts of conspiracy in the Washington D.C. case, provided he cooperated with Mueller’s team.

The special counsel’s office has accused Manafort of breaching the plea agreement by lying to federal prosecutors. Manafort’s defense team insists their client did not intentionally lie.

On Wednesday, U.S. Judge Amy Berman Jackson sided with prosecutors, ruling that Mueller’s office was “no longer bound by its obligations under the plea agreement.” Her ruling means Manafort could face a more severe prison term when he is sentenced in the Washington, DC, case next month.

In light of Judge Jackson’s ruling, prosecutors asked Judge Ellis on Friday to “set a new sentencing date as soon as practicable.”

“Because the DC Court has determined that Manafort intentionally lied to the government, and the breach of the agreement was conceded by the defendant and found by the DC Court,” the special counsel’s office wrote Friday, “the government submits there are no outstanding issues warranting delay in proceeding to sentencing before this Court.”

Manafort is scheduled for sentencing in the Washington, DC, case on March 13. A date for his sentencing in Virginia has not been set.