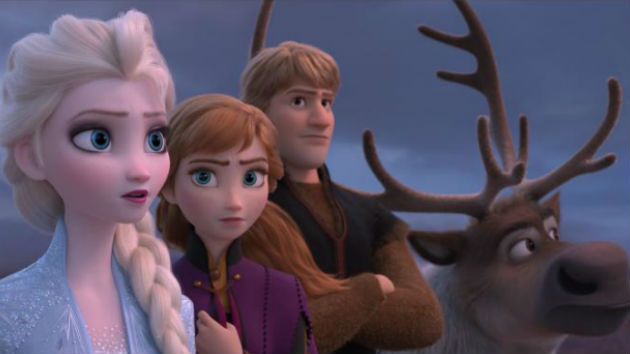 Disney(LOS ANGELES) — When it comes to their excitement over the Disney's upcoming Frozen 2, fans just can't seem to "Let It Go."

The teaser for the sequel to Disney's 2013 blockbuster attracted 116.4 million views in its first 24 hours, making it the most watched animated trailer of all time.

The studio announced the news in a message posted to the movie's official Twitter page on Thursday.

As for live-action trailer record holders, Disney/Marvel's Avengers: Endgame, which logged 289 million views in a single day back in December. It's followed by Avengers: Infinity War with 238 million hits, and Disney's The Lion King, which drew 224.6 million views.

Frozen 2, which once again features the voice talents of Idina Menzel, Kristen Bell, Jonathan Groff and Josh Gad — along with the new voices of Evan Rachel Wood and Sterling K. Brown — glides into theaters on November 22.

Disney, which also owns Marvel Studios, is the parent company of ABC News.