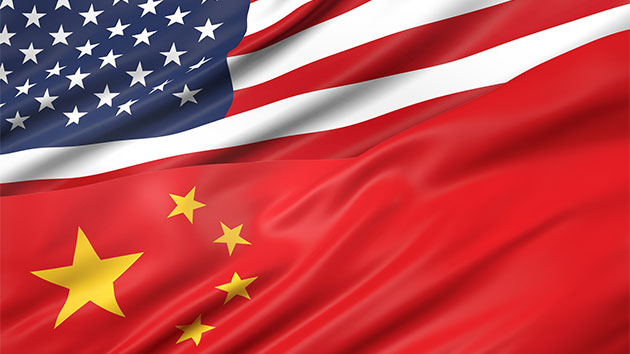 Anson_iStock/iStock(NEW YORK) — Shannon You, a Chinese-born scientist, has been accused by the Department of Justice of stealing almost $120 million worth of trade secrets last year from The Coca-Cola Company.

A grand jury in the Eastern District of Tennessee on Tuesday charged Yoo with stealing bisphenoal-A-free (BPA) cans and chemical secrets from the beverage maker.

The company is listed as "Employer #1" in the indictment but ABC News confirmed through a spokesman that Coca-Cola was You's employer.

"We are aware of Ms. You’s arrest, and we can confirm that she previously worked at The Coca-Cola Company. Because this is a pending legal matter, it would not be appropriate for us to comment further," the spokesman said in a statement.

Coca-Cola began "searching for alternatives" to BPA due to its harmful effects, according to the indictment.

You likely would have access to the proprietary research and development given her status as "principal engineer" at the company, the indictment said.

You and her alleged co-conspirator, Liu Xiangchen, reportedly agreed to be sponsored by an unnamed Chinese company and apply for a program called Thousand Talents, the indictment said.

The program "was designed to induce individuals with advanced technical education, training, and experience residing in Western countries to return or move to China and use their expertise to promote China's economic and technological development," according to the indictment.

You allegedly lied to Coca-Cola about whether she had any access to trade secrets, the indictment said.

"In exchange for payment from Employer #1 of approximately $33,912, You signed a written agreement in which she falsely represented to Employer #1 that she had not retained, and no longer had access to, any top secret information or confidential information," the indictment said.

She also took photos of the trade secrets on her computer in an effort to skirt security measures at Coca-Cola and transferred them to her hard drive, the indictment said.

You then got a job at a second unnamed company in the U.S. with the intention to steal additional trade secrets, the Justice Department alleged.

Efforts to reach You’s and Liu’s lawyers were unsuccessful.

Minnesota attorney general launches investigation into company accused of hiring armed guards as poll watchers
Defense seeks to dismiss 25 murder charges against doctor accused of killing patients
In history-making first, the World Trade Organization will be led by a woman
Twitter accused of double standard with Trump death wish posts
Man run over, killed by his own car as he tried to stop thief from stealing it
Gary Oldman accused of lifting parts of ‘Darkest Hour’ from screenwriter