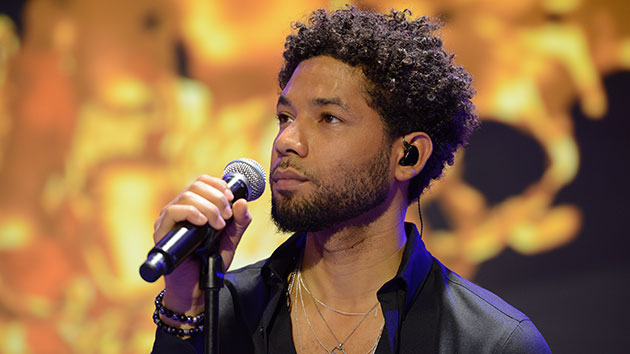 ABC/Lorenzo Bevilaqua(CHICAGO) — Thursday was a big day for developments in the Jussie Smollett attack investigation, including a denial by police in Chicago of media reports that they believed the Empire star staged the whole thing.

“Media reports about the Empire incident being a hoax are unconfirmed by case detectives," a Chicago PD spokesperson said in a tweet Thursday night. "Supt Eddie Johnson has contacted @ABC7Chicago to state on the record that we have no evidence to support their reporting and their supposed CPD sources are uninformed and inaccurate.”

Some media outlets also reported that Smollett staged the attack to raise his profile because he believed he was being written off of Empire. FOX responded to that claim with a statement declaring "The idea that Jussie Smollett has been, or would be, written off of EMPIRE is patently ridiculous. He remains a core player on this very successful series and we continue to stand behind him.”

As for the investigation itself, police say two persons of interest — one of whom has appeared on Empire — were questioned Thursday for several hours after their homes were raided by police searching for possible evidence. Police retrieved shoes, electronic devices and other items they believe could help them determine whether the two people played any role in the assault. Neither of the persons has been charged.

The two people questioned are the same who appeared in the surveillance images that were released January 30, whom police have since identified. They're said to be U.S. citizens of Nigerian descent who recently returned to the U.S. from abroad. Gloria Schmidt, attorney for the pair, said they were detained by customs at O'Hare International Airport late Wednesday afternoon and "had no idea what was going on," including no knowledge of the attack on Smollett.

"It’s an awful thing what happened to Jussie, but it’s not my guys,” Schmidt insisted.

Smollett was also questioned again by police Thursday, with what his rep called "routine follow-up questions," adding that Smollett "continues to cooperate."

Smollett was allegedly attacked in Chicago January 29 in what police are calling a hate crime. The actor and singer says he was assaulted by two men using racial and homophobic slurs, who then poured an unknown liquid on him and placed a noose around his neck.