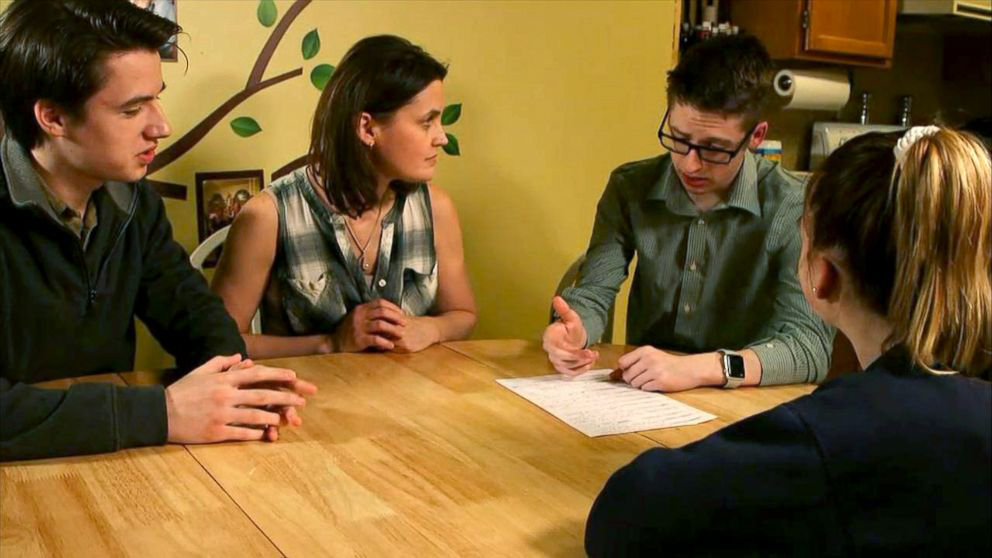 ABC News(NEW YORK) — Eighteen-year-old Ethan Lindenberger’s decision to act against his anti-vaccine mother's wishes recently thrust his family into a fiery national debate over the anti-vax movement. But one California family has been fighting against the movement for years and it has successfully lobbied to have the state laws changed.
“We wanted to help because we knew it would have an impact on the community if more people would get vaccinated,” Carl Krawitt, the father of the family that lobbied for the new legislation, told "Nightline."
Followers of this small but loud anti-vax movement believe vaccines can have serious health risks and they refute the scientific consensus that vaccines are safe and good for public health. In Lindenberger’s case, his mother feared he would have a bad reaction to them but ultimately respected his decision to be vaccinated.
“I had grown up hearing that, you know, I wasn't vaccinated because it's better for me and [she] told me that vaccines are bad," Lindenberger told "Good Morning America." "Once I began to look at the evidence and look into what the scientific community at large supported, you know, that's when I started to see that my situation was a little more unique than I had come to believe.”
“My decision was not only the best decision for myself but it was a decision to protect myself and other people from a preventable disease,” he said.
Popularized by the likes of Jenny McCarthy, Robert F. Kennedy, Jr. and Robert De Niro, the movement has become more mainstream than ever and public health experts say it’s having an impact.
“False information, myth and misconception always exist in medicine…and we all fear what we don’t know and we don’t understand," said ABC News’ chief medical correspondent Dr. Jennifer Ashton. "But the reality is in medicine and science we have to make clinical decisions and policy decisions that affect public health based on fact and data and not fear and emotion."
“What we’ve seen recently, not just in the United States but in Europe and other parts of the world, is a resurgence in infectious diseases that were heretofore eradicated,” she added.
Currently, 18 states allow parents to forgo vaccinating their kids based on personal belief, but now, more lawmakers are considering bills that would prohibit non-medical exemptions from vaccines.
Just last month, Washington State declared a state of emergency after a measles outbreak in Clark County, where 7.9 percent of children had gotten exemptions from vaccines for entry to kindergarten in the 2017-2018 school year, according to the Washington Post.
Proponents of the mandatory vaccinations point to California, where state lawmakers removed personal belief vaccine exemptions after a measles outbreak at Disneyland sickened 147 people in 2015.
The Krawitt family was one of the driving forces behind the new legislation in California.
When their son, Rhett, was diagnosed with leukemia at age 2, his immune system was unable to handle vaccines, including one that prevents measles.
“The chemotherapy and all of the toxins that they put in his body to get him well, basically wiped out his immune system,” said Rhett’s father Carl Krawitt. “This is known in the medical community as a medical exception.
It’s a very legitimate medical exemption,” he added. “If the immune system is not strong enough for a vaccine then you can’t get them, they can be harmful.”
During the 2015 outbreak in their home state, the Krawitts were shocked to learn that roughly 7 percent of the kids at their local elementary school were not vaccinated because parents had cited the personal belief exemption.
It meant that sending their son to school would put his life at risk.
“That frankly is the risk we faced each and every day that our son might get sick and he might die,” Krawitt said.
“People who have personal belief exemptions — they believe they are bad and so they choose not to vaccinate their children,” he continued. “People value that individual choice so much that they forget about the impact on the lives of others.”
Shortly after the 2015 measles outbreak ended, the Krawitts went to Sacramento on a mission to lobby for the passage of a bill that would remove the personal belief exemption with the hope that others wouldn’t experience the same fear that they experienced.
Their mission was a success. The new law passed in California, with bipartisan support, eliminating exemptions due to personal beliefs.
“It was a good feeling that I had and I was excited and happy,” Rhett Krawitt said.
This week, Rhett, now 11 and fully vaccinated, celebrates five years of being cancer-free and he has a personal message for other parents.
“I think that you should get your kids vaccinated not only for your kids' sake," he said, "but everybody’s sake.”